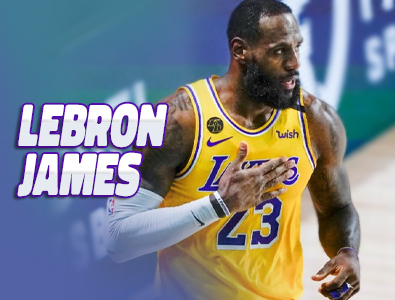 The Los Angeles Lakers and LeBron James along with his agent, Rich Paul, have agreed to terms on a 2-year, $85 million contract extension. James is turning 36 on Wednesday, December 30th, 2020, and he is coming off the previous 2019 – 2020 NBA season in which he averaged 25.3 points per game, led the NBA in assists with 10.2 per game, and he carried the Los Angeles Lakers to their first NBA championship since 2010.

The Details of the Contract Extension

The details of LeBron’s most recent contract extension are straightforward. He is now under contract with the Lakers through the 2022 – 2023 NBA season which will now schedule James to become an unrestricted free agent in 2023 when he will be 38 years old. His new agreement is for the upcoming two seasons and is worth approximately $85,655,532. LeBron is now going to currently average $42,827,766 per year over the course of the next two years. “King James” will have accumulated a total of $435 million in NBA salary by the end of this very lucrative contract extension.

The Future of Anthony Davis with the Los Angeles Lakers

Currently the Los Angeles Lakers are negotiating with Anthony Davis and his agent on a contract extension that will keep him in Los Angeles with the Lakers for approximately the duration of LeBron James’ most recent extension. This would give LA at least another couple of seasons having James and Davis competing together with the Lakers for more NBA championships. I have a strong feeling that the Los Angeles Lakers and Davis will come to terms on a new contract extension very soon as in around the next week or two. 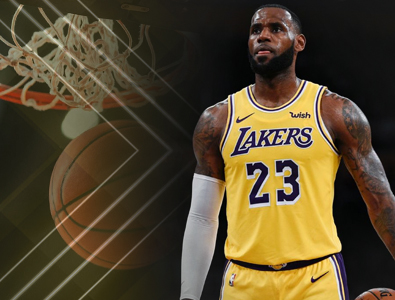 “King James” has won 2 Olympic Gold Medals and an Olympic Bronze Medal for his participation on the United States men’s basketball teams. He was the NBA Rookie of the Year in 2004 as he was obviously picked for the NBA All Rookie First Team that year as well. LeBron was the NBA’s scoring champion in 2008, and he was the NBA assists leader last season (2020).

At this point in time James in ranked at number 3 on the career scoring chart with 34,241 points, and he is only 4,146 points behind Kareem Abdul – Jabbar for the number 1 spot on that list. LeBron also comes in eighth on the all-time assist list, number 13th on the all time steals list, number 15th on the all time 3 pointers sunk, 6th in boards, and 11th in blocks overall.

He will always be remembered as one of the greatest basketball players of all time, and it seems as if the Los Angeles Lakers are doing all they can to cement his legendary place in NBA history. All it will take is the LA Lakers signing another top player like Anthony Davis to give LeBron James a decent chance of getting to Michael Jordan’s elusive mark of 6 NBA championships.

John Hollinger of the Athletic provides more context on the contract extension by saying, "First, James gets a raise for 2021-22 and 2022-23, because the eight percent raises on an extension are more than the recently updated projected salary cap increase. Second, James likely matches his contract term to that of Anthony Davis, whom most suspect will soon sign a three-year extension with an opt-out after the second year — when he's eligible for the 10-year veteran maximum of 35 percent of the cap. And finally, James can't sign for his max on anything longer: The over-38 Rule in the NBA Collective Bargaining Agreement would take effect on a three-year extension."

Adrian Wojnarowski of ESPN explains a possible contract extension for Anthony Davis by stating, "Has several possible scenarios on a new deal with the Lakers, including a three-year, $106 million contract that would include a player option for the 2022-23 season—a structure that would align Davis with the end of James' deal."

“I don’t know if I could play washed, but I damn sure would love to stick around if my oldest son can have an opportunity to play against me,” LeBron James expressed. “That’d be, that’d be the icing on the cake right there.”

“I’d give him all six fouls. I’d foul the shit out of Bronny, man.”

“We did get younger,” James told Richard Jefferson, Channing Frye, and Allie Clifton on the Road Trippin' podcast. “We have a 27-year-old point guard [in Schroder]. We got the 27-year-old Sixth Man of the Year award [winner] in Trezz. We got younger. We got Marc, who is a Defensive Player of the Year and his IQ, not only playing against him in the NBA, but also playing against him versus Spain with the national team.”