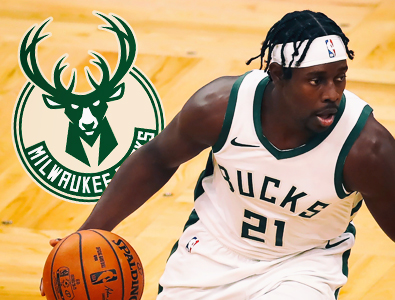 On Sunday, April 4th, 2021 the Milwaukee Bucks have announced that they have reached an agreement with their veteran star guard, Jrue Holiday, on a 4-year contract extension that could possibly be worth up to approximately $160 million. This was a huge signing for the Milwaukee Bucks as they are chasing their first NBA championship since 1971.

Holiday’s actual contract extension with the Milwaukee Bucks is for 4 years and is valued at $134,093,332, but the deal includes incentives that can propel the extension up to approximately $160 million. The details of these bonuses and incentives have yet to be disclosed to the public as of now. There is apparently no signing bonus in the new agreement, and the total of guaranteed money involved is currently not available to the general public either.

Jrue will earn an annual average salary of $33,523,333 from the 2021-2022 NBA season through the 2024-2025 season of the National Basketball Association. The fourth and final year of this new contract extension does include a player option that Holiday will most likely exercise as his base salary increases each and every year of this deal. Jrue is now scheduled to become an unrestricted free agent once again in the year 2025.

The highly talented guard, Holiday, was born and raised in Los Angeles, California, where he attended Campbell Hall School located in the Studio City neighborhood of Los Angeles, CA. As a high school senior at Campbell Hall School Jrue averaged 25.9 points, 11.2 rebounds, 6.9 assists, and 4.8 steals per game. He led his team to an overall record of 31 and 5 as well as the California Division IV state championship title.

Holiday decided to enroll at the University of California Los Angeles to play college basketball for the UCLA Bruins. While playing there alongside another future NBA player in Darren Collison, Jrue averaged 8.5 points, 3.8 rebounds, 3.7 assists, and 1.6 steals per game. During his freshman season at UCLA Jrue shot 45 % from the floor, 30.7 % from three – point range, and 72.6 % from the free throw line. Holiday declared for the NBA draft following his freshman year at UCLA forgoing his last three years of college eligibility.

On November 24th, 2020, Holiday was sent packing once again. He was traded to the Milwaukee Bucks in a four – team trade that also involved the Denver Nuggets and the Oklahoma City Thunder. During his only season with the Milwaukee Bucks Jrue is currently averaging 17 points, 4.6 rebounds, 5.4 assists, and 1.8 steals per game. At the moment Holiday ranks second in the National Basketball Association in steals. According to ESPN, “The only other NBA players averaging at least 16 points, 5 assists, 4 rebounds and 1.5 steals this season are Miami's Jimmy Butler, Denver's Nikola Jokic and Toronto's Fred VanVleet.”

The 2020-2021 Milwaukee Bucks have an excellent team headlined by the 2 – time reigning NBA MVP in Giannis Antetokounmpo as well as the 2 – time NBA All – Star in Khris Middleton. The Milwaukee Bucks currently sit in the third spot in the NBA’s Eastern Conference standings behind only the Philadelphia 76ers and the Brooklyn Nets. It will be interesting to see how the Milwaukee Bucks perform come the 2020-2021 NBA playoffs as they have not lived up to the hype over the course of the last few trips to the NBA postseason. 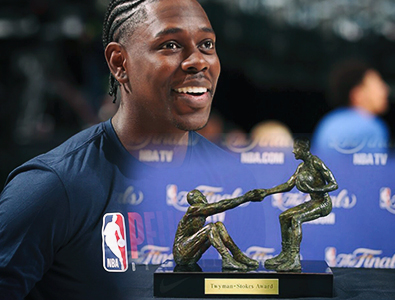