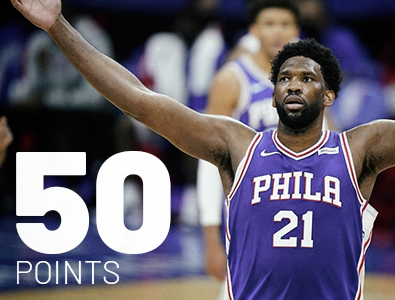 On Friday, February 19th, 2021 the 76ers’ dominant center Joel Embiid scored his NBA career high 50 points as the Philadelphia 76ers defeated the Chicago Bulls with a final score of 112 to 105. Embiid has such a powerful performance on both sides of the ball helping his team not only win the basketball game but remain in first place in the Eastern Conference standings. It is unbelievable to watch an athlete of his size play basketball with such grace. He handles the ball well, can hit shots from all over the court, utilize his size to dominate down in the paint, and his great vision allows him to find his teammates for spectacular assists.

Joel played 35 minutes of the game to score his NBA career high 50 points as he drained 17 out of 26 shots from the field as well as going 1 out of 2 from three – point range. He made 15 out of his 17 free throw attempts. Embiid was a total beast on the glass by pulling in 6 offensive and 11 defensive rebounds to finish the game with a total of 17 boards. He dished out 5 nice assists to his teammates, stole the ball twice, and blocked 4 shots by the Chicago Bulls. This was an amazing overall effort and performance by Embiid in every aspect of the game. 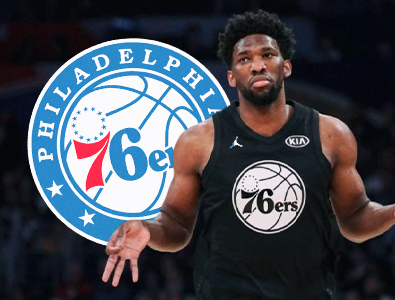 According to Intertops sportsbook these are the odds as of Friday, February 19th, 2021 to win the 2020 – 2021 NBA championship outright.