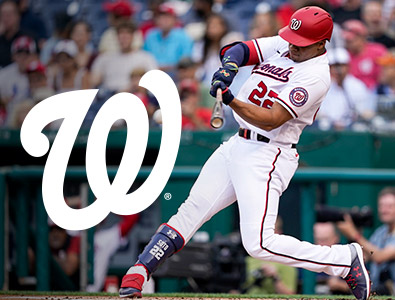 That contract extension would have kept Soto in Washington D. C. with the Nationals for the majority of his prime, and that deal would have made Juan the recipient of the largest MLB contract up to date in Major League Baseball.

Earlier this year, Soto had also declined a 13 - year contract extension with the Washington Nationals valued up to around $350 million during the MLB offseason lockout. Juan is currently scheduled to become an unrestricted free agent after this 2022 MLB season so the Washington Nationals might as well trade him for something like a handful of solid prospects as well as future MLB draft picks prior to him leaving the organization for nothing within the next years’ time frame.

If Juan was going to consider accepting a contract extension from the Nationals, it would be most likely a long - term deal as well as an average annual value competing with the highest paid ball players in the game today. The $29.3 million per season in the Washington Nationals' recent contract extension offer of 15 - years and $440 million would rank only 15th amongst the current big - league ball players based on their 2022 MLB salaries.

However, when Soto was asked about his current contract situation before last Saturday’s baseball game versus the Atlanta Braves, Juan told the sports media outlets that he trusts in his agent to handle all of the negotiations, and that he will just focus on playing baseball games.

"We are not trading Juan Soto," the Washington Nationals’ president of baseball operations and general manager Mike Rizzo previously told 106.7 The Fan on Wednesday, June 1st, 2022. "We made it clear to his agent and to the player."

The expected return for a blockbuster MLB trade involving Soto would kick - start a major Washington Nationals rebuild. The Washington Nationals are sitting at approximately 31 and 63 (.330) at the midsummer classic Major League Baseball All - Star break, putting the Washington Nationals in last place in the highly - competitive National League East by 27 and a half games as they are currently on track for a 3rd - consecutive losing MLB season following their winning of the 2019 MLB World Series.

Juan expressed his disgust as well as disappointment with the Washington Nationals’ struggling ball club by saying to the sports media outlets on Saturday, July 16th, 2022 that, "I don't want to keep losing."

Another ongoing factor affecting Soto's future in Washington D. C. with the Nationals is the potential sale of the team by the Lerner family, who have owned the Washington Nationals since way back in the year of 2006. The Lerners mentioned back in April of 2022 that they are exploring the possibility of putting the Washington Nationals up for sale, and that they had hired a firm to find potential investors in order to buy part or all of the MLB franchise. 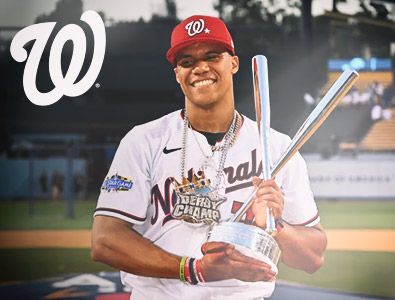 The Major League Baseball trade deadline window is currently scheduled to close on Tuesday, August 2nd, 2022. So only time will tell if the National League All - Star slugger does get delt within the constraints of the 2022 MLB season prior to becoming an unrestricted free agent before next year’s MLB season.