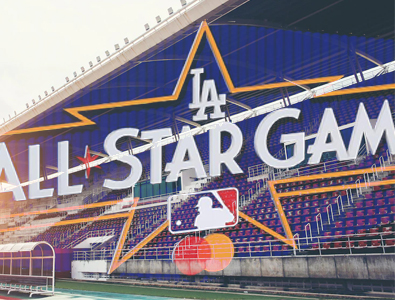 The full 2022 MLB All - Star teams have been recently revealed. Major League Baseball just announced the full All - Star rosters for both the American League as well as the National League. The 92nd midsummer classic is scheduled to take place Tuesday, July 19th, 2022 at Dodger Stadium located in Los Angeles, California.

The Major League Baseball All - Star Game is presented to you by Mastercard, and it is all set to take place on Tuesday, July 19th, 2022 broadcasted nationally on the network of FOX. The MLB All - Star Home Run Derby will be held on Monday, July 18th, 2022 also at Dodger Stadium in Los Angeles.

There is absolutely no doubting the high - energy star power of this year’s 2022 MLB All - Star Game American League lineup. It starts with Aaron Judge, who has earned himself an automatic spot in the American League starting lineup as the top American League vote - getter in phase one of voting as Judge has been killing it this year. Aaron leads all of the MLB with 30 - home runs, and he is presently tied for 3rd in RBIs with 65 and 4th in OPS at .980. Judge will be joined in the outfield by fellow Yankee Giancarlo Stanton and Mike Trout of the Los Angeles Angels. The New York Yankees are also sending a league - high 6 - players to the 2022 MLB All - Star Game.

This is Trout’s 9th consecutive MLB All - Star Game which just so happens to be the longest streak among active big - league ball players. He will be joined in the 2022 MLB All - Star Game by fellow Angel Shohei Ohtani, who was heavily selected as both a pitcher and hitter in the American League for the 2nd consecutive MLB season. Shohei, who posted an MLB historic Most Valuable Player Award winning season last year in 2021, has smashed 19 - home runs at the dish this season, and he recorded an amazing ERA of 2.44 over his 14 - starts this year.

Ohtani started last season’s MLB All - Star Game, and he picked up the win on the mound during that unforgettable performance which seems to come one after another for the 2 - way playing Japanese baseball sensation in Ohtani. He was a fan - selected designated hitter as well as an MLB - selected pitcher.

The only other MLB franchise with multiple starting pitchers is the Toronto Blue Jays, who will be well - represented with ball players such as Alejandro Kirk and Vladimir Guerrero Jr. Kirk is the only 1st - time MLB All - Star in the American League’s starting lineup which is leading all qualifying catchers in batting average at .310, and he has already had a career - high in home runs with - 10 and RBIs with 33.

This is the 2nd - consecutive MLB All-Star Game for Guerrero Jr., who won the Most Valuable Player Award honors in last year’s 2021 midsummer classic following him smashing a mammoth homer off of Corbin Burnes. At 23 - years - old, Guerrero Jr. as well as Kirk are 2 of the youngest players on this season’s All - Star Game roster. 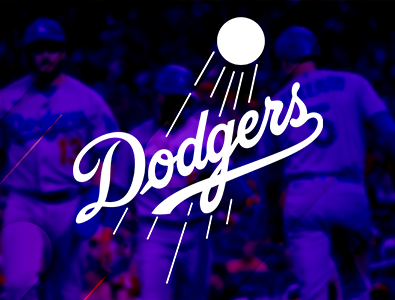 Sure to be a Treat

Ronald Acuña Jr. has earned an automatic MLB All - Star berth as this season’s top National League vote - getter. He is currently hitting a batting average of .274 with 8 – home runs and 57 hits over the course of 53 big - league ball games. With this year’s selection, Acuña Jr. becomes just the 1st - MLB player to lead his league in MLB All - Star voting in consecutive years since Albert Pujols did just that with the St. Louis Cardinals back in 2009 as well as 2010.

The reigning National League MLB Most Valuable Player Award winner in Bryce Harper won the fan vote at the designated hitter position only because of his current injury that keeps him out of the outfield and only hitting for the Philadelphia Phillies, but unfortunately, he will be inactive for the 2022 MLB All – Star Game due to the fact that he is suffering from a fractured left thumb and he has been replaced as the starter by the player - elected William Contreras.

This year will mark Paul Goldschmidt’s 1st - MLB All - Star Game appearance as a member of the St. Louis Cardinals, as his last MLB All - Star appearance came back in 2018 as a member of the Arizona Diamondbacks. Goldschmidt leads the National League in batting average at .340, on - base percentage of .424, slugging % of .610, and OPS of 1.034 while leading baseball in hits with a total of 107.

Jazz Chisholm Jr. is the lone 1st - year MLB All - Star in the National League starting lineup, and he is the 1st - ever MLB All - Star originally from the Bahamas. He has a 139 OPS + and leads the National League second basemen in homer runs with 14, RBIs with 45, and stolen bases with 12. Chisholm becomes the sixth Miami Marlin to be voted in by the fans as an MLB All - Star Game starter, joining Hanley Ramírez, Giancarlo Stanton, Dee Strange - Gordon, Marcell Ozuna, and Gary Sheffield. He's currently rehabbing from a right lower back strain that has kept him out of the Marlins’ lineup since June 29th, 2022, and there is a possibility that he might not be back in time for this summer’s MLB All - Star game.