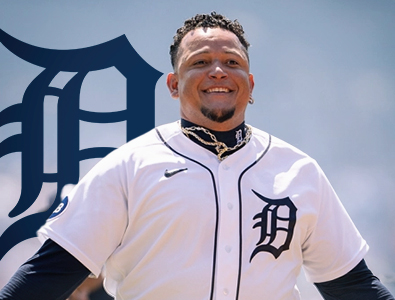 On Saturday, April 23rd, 2022 the Detroit Tigers big – time slugging designated hitter, Miguel Cabrera, slapped an opposite field single out to right field versus the Colorado Rockies making Cabrera just the 33rd MLB player to join the 3,000 - hit club. Miguel is also just the 7th - player in the rich and long - lasting history of Major League Baseball that has been able to reach that milestone as well as hitting 500 - MLB home runs as well.

Miguel managed to accomplish getting his 3,000th MLB hit during the 1st - inning in Game - 1 of the double - header vs. the Colorado Rockies off of the pitcher, Antonio Senzatela, who just so happens to be another fellow Venezuelan big – leaguer. Cabrera’s special number 3,000 came when he grounded an opposite - field single through the Colorado Rockies infield defense and out into shallow right field.

Miguel instantaneously shot up his right arm in excitement once the ball made it through the infield as he trotted confidently towards first base. The Detroit home crowd of approximately 37,566 watching at Comerica Park located in Detroit, Michigan proceeded to give Cabrera a much – deserved standing ovation as they chanted, "Miggy! Miggy!" Then fireworks immediately began shooting out of the scoreboard to honor this incredible MLB milestone.

The Colorado Rockies current shortstop, Jose Iglesias, who had previously played with Miguel on the Detroit Tigers, rushed over to give his beloved former teammate a massive bear - hug.

By that point, the entire Detroit Tigers’ bench spilled out from the home dugout on to the ball field in order to greet the latest member of Major League Baseball's exclusive 3,000 - hit club. After celebrating with his teammates Miguel found, joined, and eventually embraced his mother, wife, son, and daughter behind home plate on the field.

"Special numbers," the emotional Miguel Cabrera expressed following the Detroit Tigers’ impressive 13 to 0 ass - kicking win over the Colorado Rockies last Saturday afternoon in the first game of their double - header. "It's like something crazy you can't describe. To be in this position, I always say thank God for giving me this opportunity."

Miguel ultimately returned to first base although he did not remain there for very long at all. Cabrera came around to score on a 3 - run home run blast by his 22 - year - old rookie teammate in Spencer Torkelson, who has now reserved himself a spot as the Detroit Tigers' every day starting 1st - baseman now that Miguel has established his most recent role as the designated hitter for the Detroit Tigers after spending the majority of his amazing MLB career manning 3rd – base followed by 1st - base.

When the long and exciting 1st - inning concluded, the scoreboard flashed the message: "Congratulations Miggy," and Miguel surfaced from his team’s dug out to wave to the fans at Comerica Park once again.

"It brings a lot of memories from the first time I was here in Detroit," Cabrera goes on to say to as he referred to the Detroit Tigers faithful crowd. "I remember we always had 35,000, 40,000 people every night. It was good to see the fans come back to the stadium like that. It was very emotional. I know what the fans mean to our games and to our team because they support us a lot. I really happy to see all the fans."

Cabrera added to the box score once again in the 6th - inning with a this time 2 - run single in the just prior to getting replaced by the Detroit Tigers’ pinch runner, Eric Haase. The Detroit Tigers eventually progressed to go on and win the 1st - game of the double - header vs. the Colorado Rockies last Saturday with the dominating final score of 13 to 0. Miggy explained that it meant "a lot" for him to reach this elusive milestone in a winning team effort.

"Because I always say, if we're winning, I know the results are going to be good," says Cabrera. "We did it today, I'm pretty happy.” 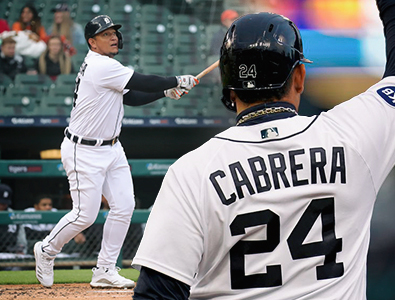 Following Cabrera reaching 2,999 total career hits on Wednesday, April 20th, 2022 Miguel went 0 - for - 3 on Thursday, April 21st, 2022 versus the evil empire of the American League in the New York Yankees. Cabrera was then put on base with an intentional base on balls during the 8th - inning of last Thursday’s game against the New York Yankees which happened to mark Miguel’s 4th and final plate appearance of that baseball game.

Cabrera's chase of this historic Major League Baseball accomplishment was delayed last Friday, April 22nd, 2022 when the Detroit Tigers' originally scheduled series opener vs. the Colorado Rockies was postponed due to inclement weather (rain), and that was the game that was made up as part of the past Saturday’s double - header between the Colorado Rockies and the Detroit Tigers.

The now 39 - year - old, Cabrera, is the just the 1st - Venezuelan - born MLB player as well as only the 7th - Latino big - leaguer to make it to the astonishing 3,000 - hit mark, a list that includes the Hall of Famers of Roberto Clemente and Rod Carew and the not (yet at least) Hall of Famers of Rafael Palmeiro, Alex Rodriguez, Adrian Beltre, and Albert Pujols.

Luis Aparicio is presently the only Venezuelan - born Major League Baseball player to make it in to the Baseball Hall of Fame, and Aparicio finished his major – league career with a total of 2,677 - hits.

"When you're going through it, you've got to kind of try to appreciate it because his impact is so big across this organization and across so many players, that we just got to sit back and soak it up," the Detroit Tigers’ manager A. J. Hinch explained. "And I think for him as a person, as a player who's gone through ups, downs, everywhere in between. This is certainly a highlight."

Miguel previously won the rare MLB Triple Crown as well as the 1st of his back - to - back Major League Baseball MVP Awards back in 2012, becoming just the 28th - member of the 500 - home run club last August of 2021. Only 6 - other big - league ball players have accumulated 3,000 - hits and 500 homer runs, and those legends are: Hank Aaron, Willie Mays, Palmeiro, Pujols, Rodriguez, and Eddie Murray.

Cabrera's American League Triple Crown (leading the AL in batting average, home runs, and RBI’s) effort way back in 2012, was the first Triple Crown witnessed in Major League Baseball in 45 years. The 11 - time MLB All - Star has won an incredible 4 - batting titles during his professional baseball career thus far.

Miguel was only 20 - years - old when he initially made his Major League Baseball debut with the then Florida Marlins way back in 2003 when Cabrera played a big part in helping the Marlins win the 2003 World Series versus the New York Yankees that season. That marked the Marlins’ 1st - World Series championship title throughout their short MLB franchise history at that point in time.

The Detroit Tigers eventually acquired Miguel and the dominant pitcher Dontrelle Willis via a 2007 MLB blockbuster trade with the Florida Marlins, who received Andrew Miller as well as Cameron Maybin in exchange. Cabrera had only 842 - hits at the time of that trade as Miggy did the majority of his offensive damage during his illustrious MLB career with the Detroit Tigers.

Cabrera is just the 3rd - player to get his 3,000th hit while wearing the uniform of the Detroit Tigers. Miguel now joins the other 2 - Detroit Tiger legends to do just that in the great Ty Cobb and Al Kaline. 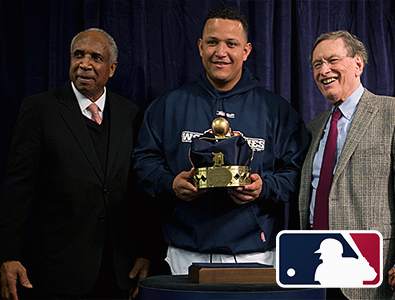