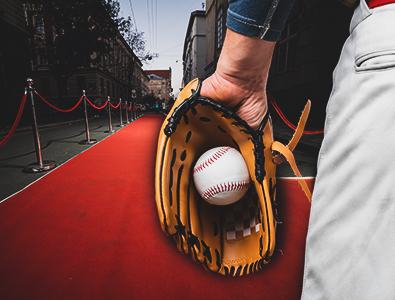 This week the Baseball Hall of Fame announced the two new members that will be enshrined in the 2020 class of players that were voted in to the Baseball Hall of Fame. Both of these players that received the necessary 75 % of the votes from the Baseball Writers' Association of America were Derek Jeter who played his entire illustrious career with the New York Yankees, and Larry Walker who split his time in Major League Baseball between the Montreal Expos, Colorado Rockies, and Saint Louis Cardinals.

Derek Jeter who was a first ballot candidate received 396 of the possible 397 total votes was only one vote short of becoming the second unanimous selection to the Baseball Hall of Fame. The only person to ever achieve that height of baseball immortality was his teammate with the New York Yankees, Mariano Rivera, who received 100 % of votes last year. Jeter’s 99.7 voting percentage does rank him 2nd in front of the Ken Griffey Jr. (3rd) who received 99.3 % when he was inducted into the Baseball Hall of Fame back in 2016.

Larry Walker on the other hand was on his 10th and final ballot for the Baseball Hall of Fame voting procedure. He received 304 total votes which was only 6 votes above the 75 % threshold needed to become an inductee into the exclusive baseball HOF. Which was a significant increase from Walker’s last year’s mark of 54.6 %.

Other Players Named on the Baseball Hall of Fame Ballot

A large portion of the above listed Major League Baseball players were linked to performance enhancing drugs and / or steroids which were quite prevalent during this era of professional baseball. Some of these ball players include Roger Clemens, Barry Bonds, Manny Ramirez, Sammy Sosa, Andy Pettitte, and Jason Giambi. Many of these guys were amazing athletes and worthy of the Baseball Hall of Fame even without the advantage they gained over the competition by using PED’s or steroids. It will be a shame if none of those athletes even Barry Bonds is prohibited to enter the Baseball Hall of Fame!

Unfortunately, the Baseball Writers' Association of America and many baseball purists take that issue extremely seriously and will not vote in cheaters no matter how great they were even prior to using drugs. This issue can be compared to all - time greats like Pete Rose not getting in due to betting on baseball and Shoeless Joe Jackson for throwing the 1919 World Series (Black Sox Scandal). 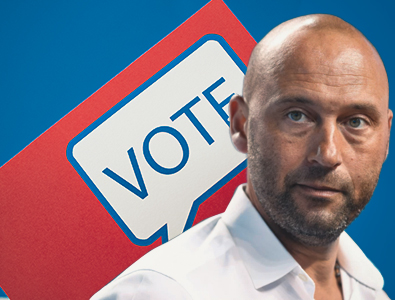 Jeter played an incredibly and very memorable 20 – years of Major League Baseball for the legendary New York Yankees, and his numbers are quite remarkable. Over his 20 seasons in the big leagues Derek carried a career batting average of .310 over an amazing 11,195 at bats, he connected for 3,465 hits, 260 total homers, 1,311 RBIs, 358 stolen bases, and Jeter knew how to run the bags as he crossed home plate to score 1,923 times throughout his illustrious MLB career. Derek recorded a career on base percentage of .377, slugging percentage of .440, OPS of .817, and OPS + of 115.

Huge Support for Jeter in Cooperstown, NY this Week

D. J. had a very large number of Yankees fans come out to cheer him on and commemorate his baseball accomplishments. Various former New York Yankee teammates such as Tino Martinez, Jorge Posada, Mariano Rivera, C. C. Sabathia, and Bernie Williams, and mentors like Reggie Jackson as well as Willie Randolph made an appearance at the Baseball Hall of Fame for Jeter. Bernie Williams performed the national anthem on the guitar for the ceremony. One of Derek’s good friends and not to mention the greatest basketball player of all time in Michael Jordan also showed up to support one of the best baseball players to ever put on a Major League Baseball uniform. 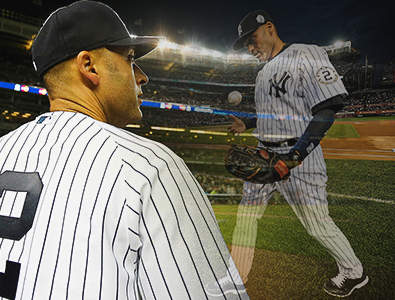 “"Thank you to the baseball writers. All but one of you," Jeter cracking a much - loved joke as he refers to him falling one vote short of being the second unanimous selection into the Hall of Fame. He's always had a much - appreciated sense of humor especially with the media.

"I had one goal throughout my career and that was to win more than anyone else," Jeter proclaimed. "And we did."

Larry had 6,907 career official MLB at bats throughout his spectacular baseball career. His .313 career batting average may have been a major contributing factor getting him into the HOF on his final ballot. During his 17 – year career in the majors Walker cracked his bat for a gripping 2,160 total hits, 383 home runs, and 1,311 RBI’s. Although Larry was not necessarily known for his speed, he did manage to swipe 230 bags as well as score 1,355 runs for his respective MLB teams. Walker finished his baseball career with an OBP of .400, slugging % of .565, an OPS of .965 as well as an OPS + of 141. What a solid career for the highly - respected first baseman / right fielder for the Montreal Expos, Colorado Rockies, and St. Louis Cardinals MLB franchises.

"Thank you, Canada," Walker emphatically stated. "I share this honor with every Canadian, and I hope that all you Canadian kids out there that have dreams of playing in big leagues seeing me here today gives you another reason to go after those dreams."

"I honestly see myself as an average guy, and I'm good with average," says Walker.