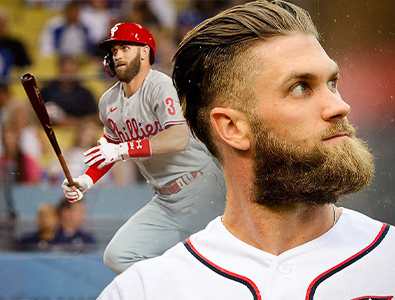 "I think the biggest thing is, I can hit, as of right now," Bryce Harper explained. "We're going to take our time with it. Make sure it heals properly, and hopefully takes. I think we're a little bit away from being where I can be out there playing right field, throwing a baseball the right way. The way that I want to. It helps that I can hit and we'll stick with that for now."

Harper has unfortunately had to sit out of the Philadelphia Phillies line - up over the course of the past few ball games due to Bryce needing time to recover from a platelet - rich plasma injection in his right elbow. That platelet - rich plasma injection was provided to Harper on Sunday, May 15th, 2022 because Bryce presently has a small tear of his ulnar collateral ligament in his right elbow.

New Role for with the Philadelphia Phillies

Luckily for both Bryce Harper as well as the Philadelphia Phillies the National League adopted the designated hitter that began this year during the 2022 MLB season. Now that NL pitchers do not have to bat as they have a DH to hit in their spot in the line – up that is a perfect role for Bryce at the moment. 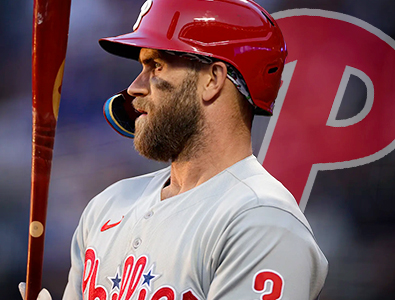 Although Harper can’t throw or play right field at least he still be utilized in the Philadelphia Phillies line - up as their designated hitter or even as a pinch - hitter. Hopefully for both Harper and the Philadelphia Phillies Bryce will only 6 - weeks and no longer as he plays the outfield tremendously out in right field, and he does have one hell of an arm. At least he can still hit for his ball club as his bat is the most valuable piece of Harper’s game.

"I think he has some real clarification. I think it kind of put him at peace, actually," the Philadelphia Phillies manager, Joe Girardi, expressed. "I think knowing that he has to wait, there's not much he can do until six weeks anyway. He'll just focus on hitting. I think the concern for the player is when it comes closer to actually trying something out."

Luckily Bryce can still bat in the designated hitter slot of the Philadelphia Phillies line - up card otherwise he would have found himself on the Major League Baseball disabled list (DL) for a considerable amount of time this year.