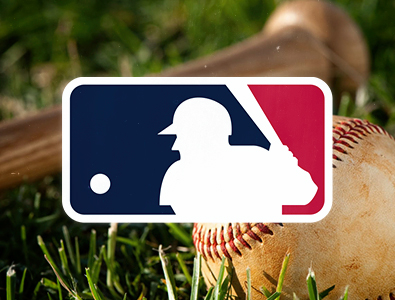 The biggest hot – topic across Major League Baseball so far this season revolves around how the baseballs being used in games is different, and the impact that is having with the MLB’s on - the - field - product.

Major League Baseball and the company that manufactures baseballs for the MLB, Rawlings, has made changes to the physical attributes of the baseballs used in games causing an offensive drought in big - league games during the month of April in start of the MLB regular season this year.

The Offensive Output is Drastically Down across Major League Baseball Games

Between the total of the 30 Major League Baseball franchises, they have combined to average just 4.0 runs / game throughout the month of April 2022, which just so happens to be the lowest average for a month since the 1981 MLB season, and they are also averaging 0.26 runs / ball club / game fewer than last year’s big - league season.

As a matter of fact, the league - wide batting average of MLB hitters is currently .231 which is the lowest combined batting average through the month of April in the history of the MLB, and the total OPS of .675 is the lowest since the 1968 MLB season which was commonly also known as, “The Year of the Pitcher”.

Baseball club’s offenses are scoring fewer runs / game over the past 4 - decades while posting the lowest on base plus slugging (OPS) in over 50 - years as well as hitting for the worst batting average ever during the 1st - month into the Major League Baseball season.

These numbers are even more staggering and mind - blowing when you take in to account that the National League has now finally joined the American League by adopting the designated hitter (DH) starting this year. That means that the usually low statistics of National League MLB pitchers are no longer able to skew the numbers that are now so closely monitored as well as analyzed in today’s Statcast era of professional baseball.

Pitchers were previously combining for a batting average of just .110 last year, which was the worst mark in a full MLB season in the history of Major League Baseball, and the league - wide batting average, OPS, and isolated power numbers have still all drastically gone down from April of last year to April of this year. 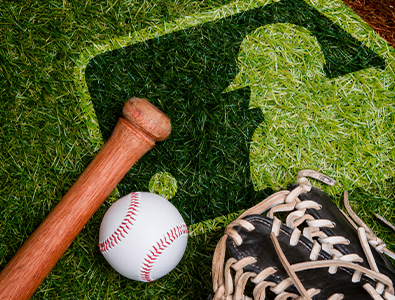 The Decrease of MLB Home Runs may be to Blame

The decline of MLB batting averages is not exactly a new phenomenon in pro baseball. As a matter of fact, the past 4 – full MLB seasons account for each of the 4 - worst individual April league - wide marks over the previous 40 - full MLB seasons, but its baseball's home run rate that has significantly dropped that has been killing big - league offenses so far during the young and exciting 2022 MLB season.

Just 36 % of runs scored during April of 2022 stemmed from home runs hit, the lowest total percentage during the month of April since the year of 2015. Do you remember 2019, the “Year of the Home Run” when Major League Baseball batters hit the most long balls in the rich history of the sport? In April of 2019, 43.5 % of runs came from the home run, so there has been a drastic decline in only 3 – years’ time.

"Something is different because we look at the metrics. We see how hard it's hit then we see the ball get caught," the Chicago Cubs infielder, Patrick Wisdom, explained. "It starts raising some eyebrows, raising some questions."

For the first time since the year of 2015, there has been fewer than 1 - home run hit / team / game for the 1st - month of the Major League Baseball season:

On balls that were hit carrying an exit velocity between 102 and 105 miles per hour as well as a launch angle ranging from 27 to 29 degrees, these balls hit are in line with the average of 103.6 exit velocity and the distance traveled of 399.7 feet on all home runs since Statcast began recording these statistics back in 2015. In order to limit the impact of weather conditions on the outcome, the research has been limited to 2 - indoor stadiums in the Milwaukee Brewers’ Miller Park, now it has been named the American Family Field, and the Tampa Bay Rays’ Tropicana Field.

Six of the seven batted balls from previous seasons fitting our criteria resulted in home runs -- compared to just three of the balls hit in 2022. Every ball hit that falls within our parameters this season traveled significantly fewer total feet than its counterpart from a previous season, despite having similar exit velocity at a similar launch angle in the same conditions.

"The ball ain't the same as it used to be. I used to be 165 pounds soaking wet here flicking balls out," the Milwaukee Brewer’s star veteran outfielder, Andrew McCutchen, stated. "I've hit some that don't continue to keep going. Then we're having conversations like, 'How did this guy have an exit velo of 96 with a launch angle of 31, and his ball went out, and I had an exit velo of 100 and 28 launch angle and mine didn't go out?' ... Baseball players aren't getting any weaker."

The Baseballs for the 2022 MLB season are Absolutely Made Differently

The baseballs themselves manufactured for the 2022 MLB season are definitely fundamentally and physically different than the older models of the baseball that have been made for MLB games in the past, and that is absolutely not a mistake.

A record of 6,776 home runs were slugged throughout the 2019 MLB regular season, and the home run rate had dropped only a little bit from 6.6 % of plate appearances that resulted in a homer run during the 2019 MLB season to 6.5 % during the 2021 MLB season last year. Remember that the 2020 MLB season was significantly shortened due to the COVID – 19 coronavirus pandemic.

In an effort to change the center of the baseball, tension on the 1st of 3 - wool windings within the inside of the baseball was loosened. Rawlings' research ahead of the current 2022 MLB season estimated that this slight adjustment to the guts of the baseball would decrease the coefficient of restitution, a measurement of the bounciness of baseballs, and also decrease the baseball's overall weight by 2.8 grams without changing the actual size of the new baseballs.

Those minor adjustments or changes were designed in order to lose only a foot or two of distance on baseballs hit further than 375 feet, but a look at the baseballs slugged and were most likely to leave the ball park (hit with an exit velocity of 100 miles per hour as well as a launch angle of 20 - to - 35 - degree) compared to recent month of April shows the that the impact of altering or changing the baseballs goes well beyond that estimation. 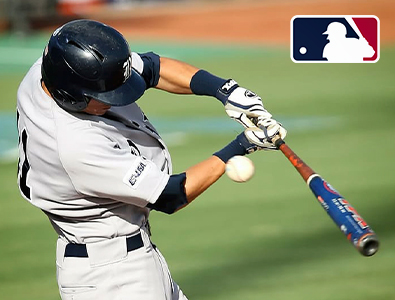 * Does not include the COVID – 19 pandemic shortened 2020 MLB season

"There definitely have been times this season where I've been like, 'I can't believe that ball didn't go out,'" the Los Angeles Dodgers pitcher Daniel Hudson expressed. "I don't really know what the answer is, whether they gotta tighten them back up or whatever the hell they're doing. I guess that was guys' problem -- there's no openness to it."

For the first time in the long and traditional history of Major League Baseball, all 30 MLB franchises are utilizing humidors to store their baseballs. This number is up from only 10 – teams doing that as of the last 2021 MLB season. Humidors make the ball more uniform by standardizing the amount of moisture or water in the air surrounding the baseballs. There is a huge difference in the aggregate 2022 changes in the offensive rates in the 10 - MLB ball parks that had been previously utilizing humidors, and the 20 that have added a baseball humidor for this 2022 MLB season.

Home runs / fly ball have declined 0.7 % in humidor hold over ball parks, while declining by 2.4 % in the newly added humidor stadiums this year, which means that the amount of at - bats / home run has hardly changed in the hold over locations, but in the new ones it has taken an average of 13.1 more at - bats for a home run to be hit.

"There was one in Minnesota where I hit like 106 at 29 degrees, got caught at the track. That should be a no - doubt homer. The other one was 104 at 27, which should be a homer and got caught," the Los Angeles Dodgers infielder Gavin Lux told the sports media outlets. "Talking to some guys in Atlanta where [the second] ball was hit, it's like, boom, hot off the bat, then they get up and just kind of die in the air."

Offense in the Major League Baseball stadiums that already had humidors in April of 2021 looks similar to this MLB season, but the decline in places where the baseball humidor is debuting for the 1st - time this year are responsible for the decrease in offensive production throughout the MLB.

Is there is still hope for the offense in Major League Baseball to pick up?

The good news for the baseball fans of high offensive output is that the offense in MLB baseball games do usually start to pick up significantly as the season progresses and the weather warms up especially in cold weather cities or states. This is the month - by - month offense from the 2015 MLB season to the 2021 MLB season:

"We've had so many balls hit to the warning track, for us and against us. ... They're dying at the wall, but we've only played in cold weather," the Chicago White Sox infielder Jake Burger. "We have to wait until May or June."

“What the heck is going on with the baseball? Everything you need to know about MLB's scoring drought”, espn.com, May 4, 2022.