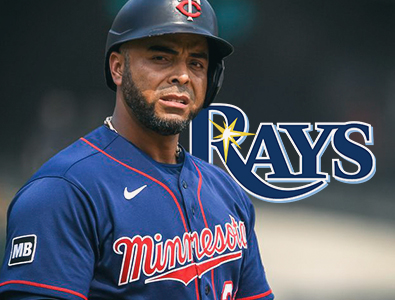 Everything Cruz Brings to the Tampa Bay Rays

The 41 – year – old native of the Dominican Republic in Cruz just so happens to be a seven – time MLB All – Star. Over the course of his 17 – year illustrious Major League Baseball career Nelson has racked up an astonishing 436 home runs as well as 1,202 RBIs. He'll bring some much – needed bang to the Tampa Bay Rays’ line – up. Cruz will absolutely increase the efficiency of the Tampa Bay Rays’ batting order against left – handed pitching as the Tampa Bay Rays are currently hitting .226 against opposing MLB south paw pitchers.

Nelson brings a whole lot of Major League Baseball postseason experience with himself to the young and highly – talented Tampa Bay Rays ball club. Throughout Cruz’s MLB playoff career, he has accumulated 17 home runs as well as 37 RBIs over the course of his 46 postseason baseball games in the big – leagues. In his previous 258 contests with the Minnesota Twins, he has hit 76 home runs while carrying an on base plus slugging percentage of .984, and so far during the 2021 Major League Baseball regular season Nelson has recorded an impressive batting average of .294 to go along with his 19 round – trip homers and 50 runs batted in (RBIs).

The Other Players Involved in this Blockbuster MLB Trade

Both Ryan and Strotman were in the recent rotation of the Tampa Bay Rays’ Triple – A affiliate in the Durham Bulls. Hopefully both of these minor league right – handed pitchers can contribute to the bright and promising future of the Minnesota Twins MLB franchise over the course of the upcoming several years. 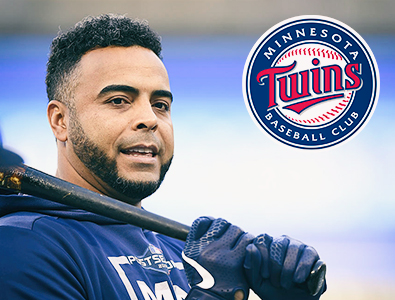 "It's a tough one. I guess it's a new chapter, and I will embrace it the way I embrace everything in my life to go help the Tampa Bay Rays to win a championship," says Nelson Cruz. "We thought we should be in the playoff race. Never thought we should be in this situation. Unfortunately, that wasn't the case. You never want to leave the places where you are, where you feel comfortable. It is what it is. That's part of the business."

"It's very exciting. We're a good team and we know we just got better by adding Nelson Cruz, one of the hottest bats out there. His presence. His leadership. I've known him for a long time now, and you never hear anyone say a negative thing about him, so we're adding a high – quality hitter and a high – quality person. We're going to allow him to go out and do what he does. He's going to DH and hopefully man that position for three months," the manager of the Tampa Bay Rays, Kevin Cash, explained to the media just following the exciting news of this blockbuster MLB trade.