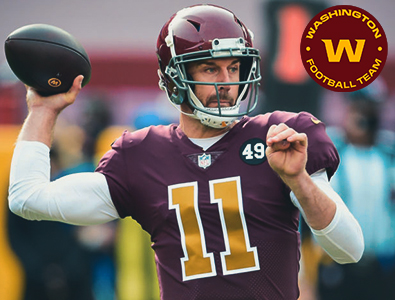 Heinicke’s contract was just recently extended to a 2 – year deal including incentives that place a value of $8.75 million on the new agreement. Kyle Allen is currently an exclusive rights free agent, and Allen is expected to work out a new deal with the Washington Football Team sometime prior to the 2021 – 2022 NFL season. Montez was signed by the Washington Football Team as undrafted free agent last offseason. Smith’s hard work and courage was greatly appreciated by Washington, but unfortunately, they had to move in a different direction at this point in time. Hopefully Alex can find another NFL franchise to pick him up now as he is an unrestricted free agent assuming that he still wants to play football in the NFL and not retire. 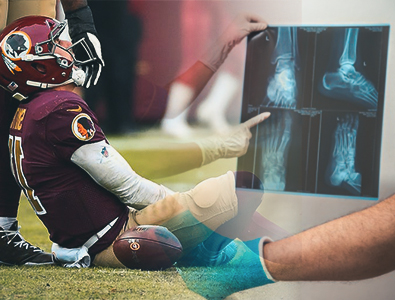 Smith endured a devastating compound fracture on his right leg while playing against the Houston Texans on November 18th, 2018. The Washington Redskins ended up losing that game, but that was the least of his concerns moving forward. The star quarterback had to undergo approximately 17 surgeries after the massive injury due to multiple infections from the wound. At one point there was a possibility that his leg may need to be amputated due to the medical complications that he went through.

Smith’s rehab was intense as most professional athletes have to go through this after a major injury suffered while doing their job. He told the media how, not only was it tough to get through all the physical elements of the rehabilitation, but the mental hurdles that he must overcome seemed insurmountable at times. He used the day – by – day approach to try to work through those as he dreamed of playing football in the NFL once again.

Smith wore an external fixator while allowing for his right leg to fully recover. He credits this device for greatly helping and benefiting him through his rehab developments. He was keeping up with his throwing during the rehabilitation process, and that was never a problem for him even with the busted leg.

He explained that running was the hardest part, and that he had to learn to run again post surgeries. He had problems dropping back into a passing position, and obviously making cuts on the leg was extremely difficult for him at that time. He didn’t quite trust his leg to respond the way it should and that was tough on him both mentally and physically, but he worked hard and miraculously was able to return to NFL game action during the 2020 – 2021 NFL season.

According to Intertops sportsbook these are the odds to win Super Bowl LVI as of Saturday, March 6th, 2021.