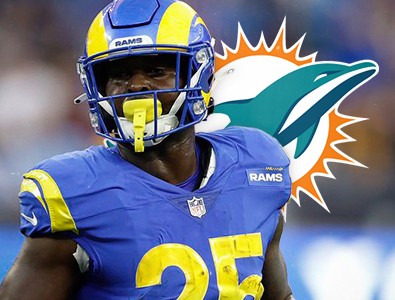 On Monday, May 9th, 2022 sources close to the Miami Dolphins and their newest running back addition announce that the former New England Patriots and Los Angeles Rams running back, Sony Michel, completely intends to sign a contract with the Miami Dolphins. Sony will soon become the next name to join an already bottomless backfield of running backs.

The 27 - year - old, Michel, will soon become the 3rd - running back to sign a new deal with the Miami Dolphins during this 2022 busy offseason of the National Football League as he will be joining Raheem Mostert and Chase Edmonds. The Miami Dolphins have already had Myles Gaskin on their official team roster, and they recently tendered Salvon Ahmed too.

The seriously and quickly rebuilding Miami Dolphins have spent the majority of their resources during the 2022 NFL offseason on bolstering and adding quality pieces to their offense under their 1st - year head coach in Mike McDaniel. Moves such as including the signing of the offensive tackle Terron Armstead as well as trading for and signing the superstar wide receiver Tyreek Hill to a new huge contract.

Love for Running the Football

Michel just so happened to rush for 845 - yards, and he scored 5 - touchdowns (4 - rushing, 1 - receiving) for the Super Bowl champion Los Angeles Rams last season. The Los Angeles Rams acquired Michel from the New England Patriots via a trade in August of 2021 in exchange for a 5th and a 6th - round pick during the 2022 NFL draft. 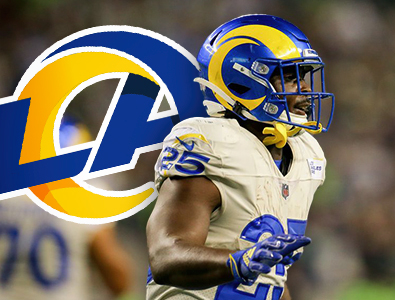 Sony was able to fill a major hole for the Los Angeles Rams following a serious Achilles tendon tear suffered by their number - 1 running back in Cam Akers just prior to training camp last season.

Michel played very scarcely until he was able to move into the Los Angeles Rams starting line - up in December of 2021 after the Rams running back Darrell Henderson Jr. suffered an injury as well. Michel rushed for over 100 - yards 2 - times during December of 2021, and Sony had another game where he recorded 92 - rushing yards.

Although Michel's role with the Los Angeles Rams decreased significantly due to the return of Akers at running back following Cam recovering from his injury and reclaiming his starting role, Michel was still able to provide solid minutes for the Los Angeles Rams when they called upon him during the 2021 - 2022 NFL playoffs.

Sony Michel played his NCAA college football career for the Georgia Bulldogs. The New England Patriots ultimately selected Michel with the 31st - overall pick during the 2018 NFL draft. They had declined his fifth-year option on his rookie contract last May.

Throughout his 3 - NFL seasons with the New England Patriots, Michel rushed for a total of 3,137 - yards as well as 18 - touchdowns.

Sony’s return back to the Miami, Florida area will be somewhat of a homecoming for Michel, who was previously a 5 - star running back at the American Heritage School which is approximately 20 - miles from the Miami Dolphin’s Hard Rock Stadium.