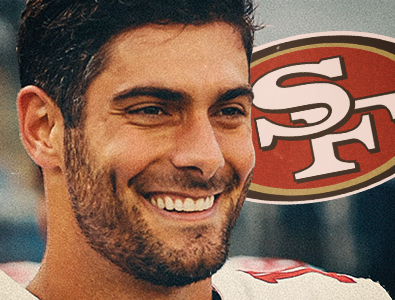 On Tuesday, March 1st, 2022 the San Francisco 49ers have publicly announced that their starting quarterback, Jimmy Garoppolo, is currently scheduled to undergo shoulder surgery soon in order to repair damages to his right shoulder (throwing arm) that Jimmy endured during the San Francisco 49ers 2021 - 2022 NFL playoff run. Garoppolo will be expected to return fully rehabilitated and 100 % healthy by this summer in time for the upcoming 2022 - 2023 NFL regular season.

"... It's a capsule issue in the back of his shoulder than you can try to rehab, but if it doesn't get well with the rehab then you go to the alternative route and that's what they've decided to do. So, it's going to take some time but he's gonna be fine," the San Francisco 49ers general manager, John Lynch, revealed to the NFL Network.

Garoppolo’s recent shoulder injury is not anticipated or expected to interfere with Jimmy’s current trade status, and according to sources close to the San Francisco 49ers Garoppolo is still most likely going to be traded at some point this month (March 2022). There is "significant interest" in Jimmy from several other NFL franchises according to the San Francisco 49ers’ general manager, John Lynch.

At the moment Jimmy Garoppolo is scheduled to become an unrestricted free agent following the 2022 - 2023 NFL season. That is why the San Francisco 49ers are looking to trade him now as they would like to receive some compensation from another NFL franchise prior to him potentially leaving after this next season of the National Football League. As of now the San Francisco 49ers have the young quarterback, Trey Lance, who they selected in the 1st - round with the 3rd - overall pick during the 2021 NFL Draft. 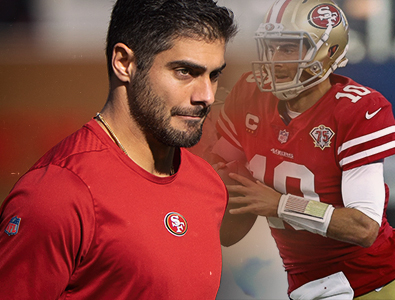 Lance played his college football at North Dakota State, and during his brief NFL experience he has yet to show a whole lot of potential to be a good quarterback in the National Football League. In my opinion Garoppolo gives the San Francisco 49ers the best chance of winning now especially in their tough and rugged NFC West division of the NFL.

Initial estimates of Garoppolo’s recovery time will project Jimmy to be able to resume throwing and participating in football activities as well as workouts sometime just before the 4th of July holiday this year. If and when a trade for Garoppolo takes place soon, he would be accessible to commence working and preparing for the upcoming 2022 – 2023 regular season of the National Football League with his new coaching staff and their team medical professionals.

“San Francisco 49ers QB Jimmy Garoppolo to have shoulder surgery; will be out until summer”, Adam Schefter, espn.com, March 1, 2022.