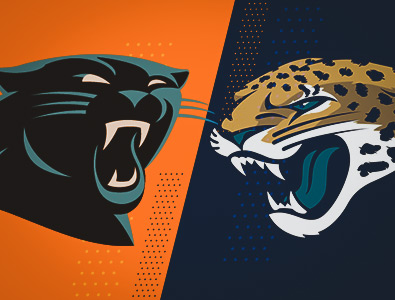 The Carolina Panthers selected cornerback Jaycee Horn with their first - round pick in the 2021 NFL Draft. Horn is currently out for an extended period of time and even possibly for the entire 2021 – 2022 NFL season. Jaycee was placed on the injured reserve list on Monday, September 27th, 2021 as he has several broken bones in his right foot which will require surgery in order to repair the young and exciting cornerback’s right foot. Jaycee Horn happens to be the son of former NFL star wide receiver Joe Horn.

This was a very aggressive as well as wise trade for the 3 and 0 Carolina Panthers franchise that currently leads the NFC South division of the NFL by one game over both the Tampa Bay Buccaneers (2 - 1) and the New Orleans Saints (2 - 1). The surprisingly undefeated Carolina Panthers are heading into Arlington, Texas for this Sunday's week 4 game of the National Football League against the red - hot Dallas Cowboys who just destroyed the Philadelphia Eagles on Monday Night Football yesterday.

During the last NFL offseason, the Carolina Panthers signed the promising tight end Dan Arnold to a new two - year agreement with the intentions of upgrading their tight end position. Arnold has only caught 7 passes for 84 receiving yards and 0 touchdowns during the Carolina Panthers first 3 games of the 2021 – 2022 season of the National Football League.

The decision for the Carolina Panthers to move on at the tight end position from Arnold goes to speak volumes of what Rhule thinks of the Carolina Panthers’ 3rd - round pick in the 2021 NFL Draft, Tommy Tremble, who came out of the Notre Dame Fighting Irish NCAA college football program. Rhule has recently claimed that Tremble is this year's Jeremy Chinn. Chinn was a substantial candidate for NFL Rookie of the Year in 2020 at the outside linebacker / safety position.

The Carolina Panthers spent the majority of last weekend searching for Horn's replacement in their defensive secondary. They had also inquired about the Pro Bowl cornerback in Richard Sherman, but that deal never materialized. Sherman has been negotiating a new deal right now with the defending Super Bowl champion Tampa Bay Buccaneers.

C. J. started 8 total games last year in 2020 before he endured shoulder and groin injuries which put Henderson on the sidelines for the remainder of the 2020 – 2021 NFL season. He started the 1st 2 games for the Jacksonville Jaguars this season, but he missed the Jacksonville Jaguars’ game last week with a groin injury that C. J. suffered during Week 2’s losing battle against the Denver Broncos.

Pending a physical examination, Rhule fully expects Henderson will be available for the Carolina Panthers’ very important game this Sunday versus the Dallas Cowboys. Rhule did not stipulate if C. J. would start out initially as a cornerback spread out wide opposite Donte Jackson or if he would line up as a nickelback on the Carolina Panthers’ defensive. During the first two games this season Henderson spent 89 % of those games lined up at the wide right cornerback position.

The Carolina Panthers expressed some heavy interest in C. J. this past summer when the Jacksonville Jaguars were shopping him around the league, but negotiations heated up last Friday after the Carolina Panthers determined the seriousness of Jaycee Horn's right foot injury. Horn as well as Henderson are very similar defensive backs as they both are 6 – foot 1 – inch tall with elite NFL speed. They both can also play man – to - man defensive as well as in a zone defensive scheme. Rhule likes to entertain the thought of having both Horn and Henderson for several years to come in the highly – competitive National Football League. 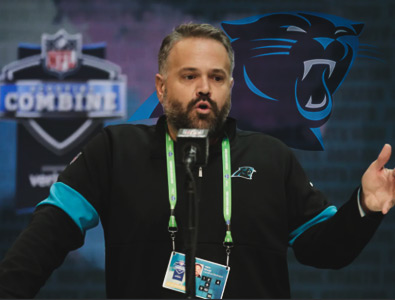 "C. J. Henderson is somebody we liked a long time. Any chance you have to get a top 15 draft pick from the year before, it's very unique. We talked to them down there [Jacksonville], and there was no concern. He has tremendous upside and excited to get him here. This is not a short - term think. This is a long - term thing,'' the head coach of the Carolina Panthers, Matt Rhule, stated to the sports media world.

"He [Campbell] is starting to perform at what we expect him to be. He's a very, very talented guy," the head coach of the Jacksonville Jaguars, Urban Meyer, explained. "We get [cornerback] Tre Herndon back, who can play nickel. We have to improve a lot of areas of our team. Might be a good fresh start for C. J. I had a great visit with his family. I love CJ and spent a lot of time with him as his parent. I think it's going to be good for both of us."