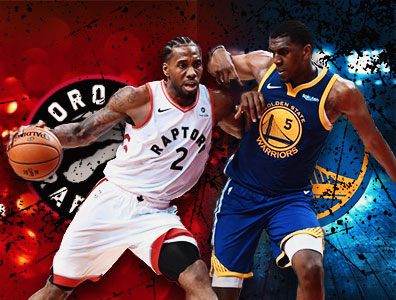 On Wednesday, June 5th, 2019, game 3 of the 2019 NBA Finals was played at Oracle Arena in Oakland, California. The Toronto Raptors beat the Golden State Warriors with a final score of 123-109. The series is now at 2-1 in favor of the Raptors. The biggest story of the Finals has been all the injuries that the Warriors are currently dealing with.

Kevin Durant has been out of game action for several weeks now with a strained calf. Game 3 was played without Klay Thompson who suffered a hamstring strain as well as Kevon Looney who has a costal cartilage fracture. Andre Iguodala and DeMarcus Cousins have been banged up and are playing through pain which limits their productivity on the court.

The Warriors have had consistent outstanding efforts throughout the 2019 NBA Finals from one big time player. That guy would be Stephen Curry. He put up a career high playoff points total in game 3 by scoring an amazing 47 points, but with the lack of offensive threats due to all the injuries Curry’s strong performance was not enough to make the game even close.

Thompson should hopefully return to play in game 4. Durant may return to play at some point in the Finals, but he will not participate in game 4 for Golden State. Looney may also come back to play later on in the series, but his status is uncertain at the moment. I don’t think things look very good for the Warriors unless KD makes a triumphant return sometime soon.

Game 4 is a really important game for the Warriors. There is a big difference between a best of 7 series tied 2-2 or being down 3-1. If the Raptors win game 4, I believe they will win the NBA championship. Golden State will need a big game from Curry and Thompson in front of their hometown fans.

Player and Coach Statements to the Media

"So the good thing is, Klay has done well the last two days; now he has a couple more days to heal, and hopefully he'll be out there on Friday."

"The whole point was to not risk a bigger injury that would keep him out of the rest of the series," says Warriors head coach, Steve Kerr. "So that was the decision we made, and I feel very comfortable with it. Never would have forgiven myself if I played him tonight and he had gotten hurt. So you live with the decision you make, you make a wise decision, the wisest one you can, and then you live with it and move forward.” 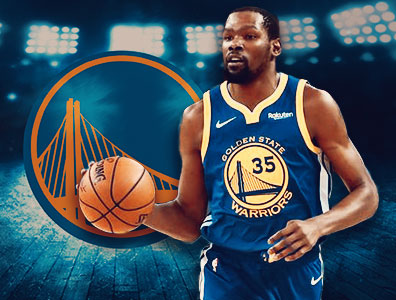 "We probably won't practice, practice as a team, tomorrow," explains Kerr. "It will be a film session and a walk-through. So if possible, we'll get him together with some of our young guys, maybe a few of our coaches, and try to get him out on the floor. That would be the next step."

"That's a good problem to have," says Draymond Green. "That's a much better problem than trying to make up for what he do. So we'll take that problem."

"He was amazing," says Green about Curry. "I got to play better and offer him more help. I think if I played better with the night that he had, we would have won. So we need him to continue to be aggressive like he's been, and all of us got to continue to fill in and be better. Tonight was a special performance for him, and he definitely does stuff that I don't think we have ever seen anyone ever do, and we probably won't see anyone ever do it again."

"I think wisdom prevailed in terms of this is a potentially seven-game series," says Curry about Thompson. "And you would like to take advantage of tonight, but his overall health is important in terms of not taking away the rest of the series with something catastrophic happening. So hopefully he's back for Game 4."

"Not having anyone makes a difference because everyone -- when you assemble a team, everyone brings something different," says Green. "But no one cares if guys are hurt. Everybody wants to see us lose. So I'm sure people are happy they're hurt. We just got to continue to battle and win the next game, go back to Toronto, win Game 5, come back to Oracle, win Game 6 and then celebrate. Fun times ahead."

"We've got a lot of experience," added Green. "We've been in every situation possible, so no need to panic."