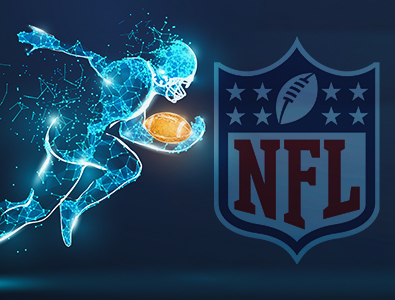 With the third and final of the NFL preseason games for the majority of the 32 NFL franchises all in the books now is a great time to review the biggest news stories of the 2021 – 2022 season of the National Football League. The 2021 – 2022 NFL regular season kicks off tonight on Thursday Night Football (September 9, 2021) when the Tampa Bay Buccaneers will host the Dallas Cowboys from Raymond James Stadium located in Tampa, Florida.

From sports betters to die - hard fans, everyone is now ready and waiting with high anticipation for the professional football season to begin today followed by a wide arrangement of NFL games this Sunday (September 12, 2021) as well as Monday (September 13, 2021) night too. Below are the top ten biggest stories from around the National Football League over the course of the last week.

Diggs has recently been pursuing a nice hefty contract extension with the Seattle Seahawks as the upcoming 2021 – 2022 NFL season just so happens to be the final year of Quandre’s current contract. For his services this year Diggs was scheduled to make $5.95 million from his base salary in addition to $100,000 available for him to earn in per – game roster bonuses. The Seattle Seahawks converted the $100,000 per – game roster bonuses into base salary money and they converted $5.05 million of his base salary into a signing bonus as well as adding a void year in 2022 to take some of his money off of the books of the Seattle Seahawks for next year.

Although this restructuring of Diggs’ contract does not increase the players pay it compensates Quandre up front and basically ensures he makes the $100,000 roster bonus which he would normally have to remain healthy and available to earn and add each week to his income. The adjustment clears approximately $2.5 million in cap space for the 2021 – 2022 NFL season by deferring that amount into 2022. In a nutshell this new deal is a win - win and it benefits both Quandre Diggs as well as the Seattle Seahawks franchise. 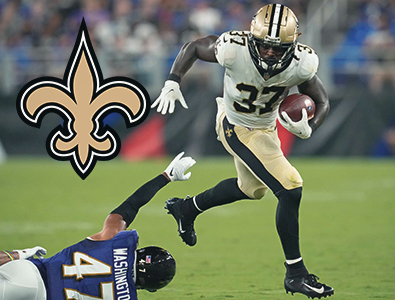 The San Francisco 49ers are Starting Jimmy Garoppolo at QB for Week 1 Game vs. the Detroit Lions

Even though the San Francisco 49ers and their head coach, Kyle Shanahan, still have yet to publicly announce who will be their starting quarterback for the Niners week 1 game against the Detroit Lions, the former starting QB for San Francisco, Jimmy Garoppolo, has stated to the media that he has been given the football to lead his team into battle this Sunday, September 12th, 2021. Garoppolo has been fighting with the San Francisco 49ers’ 3rd overall pick in last year’s NFL draft, Trey Lance, for the starting QB job in the Bay Area, and it seems like this quarterback controversy is far from over heading into the 2021 – 2022 NFL season.

The NFC North Minnesota Vikings just made their right tackle in Brian O’Neil the second - highest RT in the National Football League by extending his contract 5 – years. The deal is reportedly worth approximately $92.5 million, and $49 million of that coin is total guaranteed money my friend. O'Neill was entering the final year of his rookie deal this season, but now he is contractually tied to the Minnesota Vikings all the way through the 2026 – 2027 NFL season. Brian now earns an average annual salary of $18.5 million which is like star wide receiver like money. The only other NFL right tackle that pulls more cash is Ryan Ramczyk of the New Orleans Saints.

"I think T. J. should get whatever the heck he wants," the Pittsburgh Steelers starting quarterback Ben Roethlisberger emotionally expressed. "He's arguably the best football player in the game right now, not just on defense, just in general. One of the reasons I took less money was for guys like him to get paid, and he needs to get paid. He deserves every penny that he wants and asks for T. J. Watt is that guy that should get whatever he wants. The problem is, when you negotiate a new contract, it's two - sided. When the bosses and higher - ups are in charge, there's only so much you can do. So, we all feel bad for T. J. Everyone knows how bad he wants to be out there. He was here every single day and he didn't need to be, working, busting his butt. He should get taken care of. There's a lot of young guys who don't understand the process because they haven't been through it. That's why I think I'm able to speak with T. J. a little bit and talk to him. But the feeling in the room is that we all know how great he is and what he deserves."

That heart – felt blanketed statement from Ben Roethlisberger to the sports media world truly says it all, and I agree.

The New Orleans Saints Release Running Back Latavius Murray and they Name Tony Jones Jr. as their # 2 Rusher

Yes, folks its official…the New Orleans Saints have recently announced that they have given running back Latavius Murray his outright release from the team while the New Orleans Saints have named Tony Jones Jr. their back – up running back to Alvin Kamara. Murray who is now a 31 – year – old washed - up rusher can be easily replaced by the undrafted second – year tailback in Jones Jr. Latavius had been originally scheduled to earn $3.15 million in salary plus bonuses for the upcoming 2021 – 2022 NFL season. Tony will be just as good of a counter – part to Kamara’s ravage running style that dominates the league at the moment.

This week the Baltimore Ravens made a big splash in the NFL by extending the rookie contract of the young and explosive tight end, Mark Andrews, an additional 4 – years. He is now currently in the final season of his rookie deal, and this new 4 – year contract extension is worth up to approximately $56 million which now makes him the 3rd highest paid tight end in the entire National Football League.

Over the course of the 2021 NFL offseason the New Orleans Saints have been trying to address their need to bulk up the secondary of their defense. On Monday, September 6, 2021 they did just that by inking a new deal with cornerback Desmond Trufant. The veteran CB and the former star of the Atlanta Falcons and Detroit Lions has started 103 career games in the National Football League, and Trufant has sparked the attention of the New Orleans Saints with his NFL career 14 interceptions and Desmond’s selection to the 2015 NFL Pro Bowl. The New Orleans Saints and their veteran head coach Sean Payton have been busier than Paris Hilton’s snatch as they try to reconstruct their defensive secondary prior to Sunday’s week 1 match up versus Aaron Rodgers and the Green Bay Packers.

Possibly the biggest news story of this week came out of the Baltimore Ravens’ camp as they tragically realized that their starting running back, Justice Hill, will have to miss the entire 2021 – 2022 NFL season due to a lower – leg injury that Hill suffered during practice earlier this week. Justice ended up tearing his Achilles tendon, and hopefully he makes a full recovery by next year for the Baltimore Ravens. 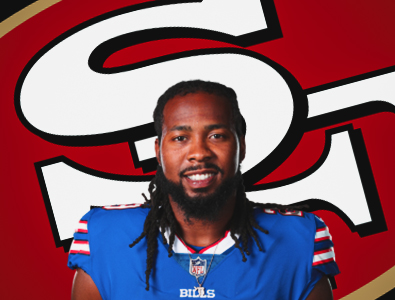 Prior to the San Francisco 49ers season opening this Sunday against the Detroit Lions they decided to sure up their defensive secondary by signing the veteran Pro Bowl cornerback in Josh Norman. Norman has spent the majority of his respectable NFL career with the Carolina Panthers and then the Buffalo Bills last year. San Francisco had to release the veteran cornerback in Dontae Johnson in order to make the room necessary for Josh to join the Niners right now.