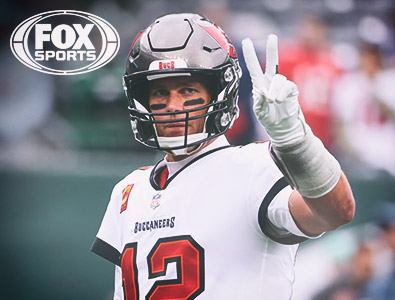 On Tuesday, May 10th, 2022 Tom Brady announced that he will join the Fox Sports crew as their lead NFL analyst after his football playing career ends in the National Football League.

That day should come sometime over the upcoming few - years, but who really knows as he has passed the point that NFL quarterbacks usually retire by. Tom is an incredible specimen, and he is still performing at an MVP caliber level in the NFL at the age of 44 - years - old.

Fox Sports did not officially announce the details or terms and conditions of Brady's new deal with them, but the New York Post has recently reported that the 7 - time Super Bowl champion quarterback has agreed to a 10 – year contract worth up to approximately $375 million which is the most lucrative deal in sports broadcasting history, and he has never even picked up a microphone to attempt that job.

The CEO of Fox, Lachlan Murdoch, publicly announced this fresh and exciting news on Tuesday, May 10th, 2022 during a Fox corporate investor phone call. Brady will call games alongside the lead play - by - play announcer Kevin Burkhardt, and he will also serve as an "ambassador" for Fox Sports with a focus on "client and promotional initiatives."

Broadcasting NFL Games: How Soon Can We Expect it?

"We are delighted that Tom has committed to joining the Fox team and wish him all the best during this upcoming season," says the Fox CEO Lachlan Murdoch.

Brady recently tweeted that he is very excited to ultimately join the Fox Sports team, but Tom stated that he still has "unfinished business" as a player in the National Football League.

Murdoch confirmed that it is "entirely up to" Brady when he eventually decides to retire from playing ball in the National Football League and join the Fox Sports crew to broadcast games. Tom led the Tampa Bay Buccaneers to a Super Bowl championship title following the 2020 - 2021 NFL season as well as an NFC South championship title during the previous NFL season. He teamed - up with the legendary head coach in Bill Belichick to win 6 - Super Bowl rings over the course of 20 - pro football seasons with the amazing New England Patriots’ teams during that time span.

In concurrence with the Roster Management System, Brady has made around $302,674,250 throughout his illustrious career of playing football in the NFL. The 3 - time NFL MVP award - winner is set to earn another $15 million during the upcoming 2022 - 2023 NFL season, bringing his 23 - year - long NFL career earnings to $317,674,250 through this next football season. That means that Tom will make more in his 10 – year contract with Fox Sports than he did during his entire NFL football career in terms of NFL salary money that does not include endorsement deals or other streams of revenue.

Fox Sports has just lost out on their top football announcers in Joe Buck as well as Troy Aikman who have decided to join ESPN for Monday Night Football, and they have been replaced Buck with Burkhardt for the time being.

Tom who will turn 45 - years - old in August of 2022, will become the latest big - name superstar quarterback who has decided to pursue a post - retirement sports - media - broadcasting - career. 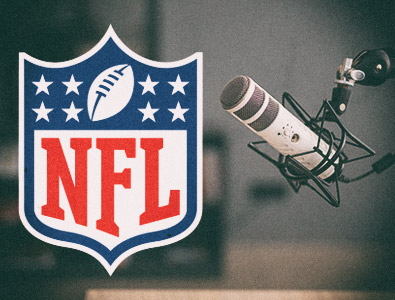 Others on the Same Path

Tony Romo has been the lead NFL analyst and broadcaster at CBS Sports since the year 2017, following a 14 - year - long career playing quarterback with the Dallas Cowboys’ NFL franchise. Drew Brees worked as a football analyst at NBC Sports last year following his 20 - amazing seasons of playing quarterback in the National Football League. Peyton Manning as well as Eli Manning teamed up last year on ESPN's Manning Cast broadcast during Monday Night Football games too.

"I think that's excellent," the Tampa Bay Buccaneers offensive coordinator, Byron Leftwich, explained. "It's crazy when you're 45, you have to think of your next job when you're still playing football, right? You have to do this early, right?

Tom temporarily retired earlier during the 2022 NFL offseason, but he was quick to announce in March of 2022 that he had ultimately changed his mind, and that will he return to the Tampa Bay Buccaneers for the upcoming 2022 - 2023 NFL season.

Tom is currently the National Football League leader in career passing yards with 84,520 and touchdown passes with 624. Brady has led the league with a career - high 5,316 - passing yards as well as 43 - touchdowns in 2021 which was just his 2nd - season with the Tampa Bay Buccaneers.

Look for Tom and the Tampa Bay Bucs to compete for a Super Bowl championship title once again during the quickly approaching 2022 - 2023 NFL season. I assume that if he wins the Super Bowl again with the Tampa Bay Buccaneers over the course of the next few years then he will retire and start making his appearance in the booth broadcasting NFL games for Fox Sports.