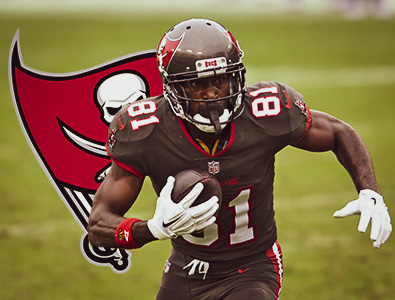 On Monday, December 20th, 2021 the Tampa Bay Buccaneers and their head coach Bruce Arians ultimately made the decision to announce that their organization is bringing back the highly – troublesome and controversial wide receiver, Antonio Brown.

Arians was immediately reminded of his own comments prior to last year’s 2020 – 2021 NFL season regarding Brown in which Bruce said, "If he (Brown) screws up one time, he's done." Arians was questioned why the Tampa Bay Buccaneers are giving Antonio another chance after he did screw up recently.

Bruce then claimed that history has changed ever since he originally made that remark, and Brown has proven himself to the football team, coaches, and the entire Tampa Bay Buccaneers’ organization. They seem to trust him to work hard, focus, and not cause distractions or complain unnecessarily about things like not getting the ball enough from their quarterback Tom Brady.

Following an investigation by the National Football League they discovered that Brown and the third – year – safety, Mike Edwards, had presented the NFL with fake COVID – 19 vaccination cards which is not only a violation of NFL rules but a federal crime as well. Each of the two players were suspended from the NFL for 3 – games, and these suspensions just expired after the Tampa Bay Buccaneers’ Sunday Night Football loss to the New Orleans Saints.

Despite this issue the Tampa Bay Bucs believed that Antonio showed enough substantial positive elements during his time with the team last year that warrants his return to their team now, and they described Brown as a, "model citizen."

The Tampa Bay Buccaneers claim that he submerged himself into the team’s overall culture, and that he was extremely focused. Antonio played with a maximum effort each and every day of their practices, and he demonstrated to them that he was willing to support his teammates even when he was receiving fewer targets than he was used to getting in the past.

Off of the football field Brown’s felony probation revolving from a previous assault of a South Florida moving truck driver back in January of 2020 was ultimately dismissed 1 - year early, in June of 2021, due to his good behavior throughout the time he was on probation. Antonio was also able to settle a civil lawsuit filed by his former personal trainer, Britney Taylor, who had previously accused him of sexual assault.

Although the terms of that out of court settlement were not publicly disclosed it is common knowledge that he paid her off to have the charges dropped whether or not they were warranted. With all that said and done, it seems that Brown has made a serious effort recently to clean up his behavior just enough to gain the trust of the National Football League as well as his current team in the Tampa Bay Buccaneers.

The Tampa Bay Bucs had initially signed Antonio just following his 8 - game suspension last year during the 2020 – 2021 NFL season, but the deal was made under similar circumstances to the one the Bucs face now once again during the present NFL regular season. Tampa Bay’s speedy veteran wide receiver, Chris Godwin, was just determined that he will be out for the remainder of the 2021 – 2022 NFL regular season as well as the entire postseason.

Godwin suffered a torn ACL versus the New Orleans Saints last Sunday night. One of the other Tampa Bay Buccaneers starting superstar wide receiver, Mike Evans, has endured a hamstring strain recently. Evans may be withheld from some football activities, and he could also prove to be less productive on the football field as well.

Their 3rd – string wide receiver, Breshad Perriman, was placed on the reserve / COVID - 19 list last Friday too. Even though the Tampa Bay Buccaneers claim the decision to reinstate Antonio Brown was made before the injuries to Evans and Godwin, it seems fairly evident that Brown is much more needed for their aspiring football team this year. 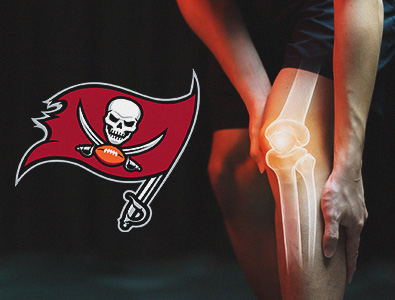 Following their win in the Super Bowl last season, the Tampa Bay Buccaneers are currently sitting in first place in the NFC South division of the NFL once again this year. They presently hold an overall record of 10 and 4 as they head towards the NFL postseason with a full head of steam again this year. There are only 3 - remaining NFL regular season games left before the 2021 - 2022 NFL playoffs will begin.

"Well, the history has changed since that statement," the head coach of the Tampa Bay Buccaneers Bruce Arians explained. "A lot of things went on last year that I was very proud of him. And I made a decision that was best for our football team."

While asked what the decision - making process was like for him, as he knows that others might question how many chances Brown is owed or provided given his previous disciplinary history, Arians said, "I could give a shit what they think. The only thing I care about is this football team ... and what's best for us."

When Arians was asked whether, on a personal level, if he was worried about football players presenting themselves as vaccinated, especially given his status as a cancer survivor and being 69 - years - old, as well as having an 83 - year - old assistant, Tom Moore, on their coaching staff. Arians responded, "No, I'm fine."