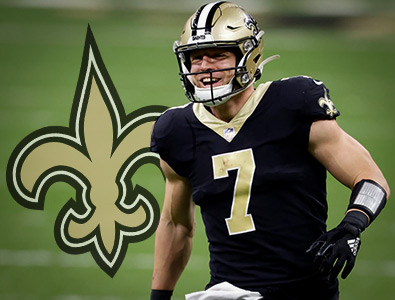 According to sources close to the New Orleans Saints franchise, this new contract extension is for the upcoming 4 - NFL seasons, and it is valued at approximately $40 million as long as Hill remains in his current role with football team. The agreement has the potential to increase to upwards of around $95 million over the next four years if Taysom is able to move in to the New Orleans Saints’ starting quarterback role.

This deal carries somewhere in the neighborhood of $22.5 million in total guaranteed money as well. Prior to this contract extension Hill was set to become an unrestricted free agent following this current 2021-2022 NFL season, but now the 31-year-old Taysom is scheduled to become an unrestricted free agent once again in 2026 when he will be 36 years old at that time.

The Current Quarterback Situation for the New Orleans Saints

Jameis ended up tearing his ACL during week 8 of the current 2021 – 2022 NFL season, and the New Orleans Saints eventually decided to start Trevor Siemian at quarterback in the absence of Winston which will most definitely be for the remainder of the season. Siemian got the promotion because Taysom has been dealing with concussion protocol issues as well as managing a foot injury that has kept Hill out of practice recently. Assuming that Siemian stays healthy, and that Trevor doesn’t struggle to run the New Orleans Saints offense efficiently it seems that the starting QB job is his for at least the time being while Hill recovers from his minor injuries.

It will be up to Hill to work his ass off in order to earn that New Orleans Saints’ starting quarterback job and maximize his new 4-year contract extension in the future. Winston will become an unrestricted free agent once again at the end of this season as he continues to rehab from his severe knee injury that he suffered a couple of weeks ago. 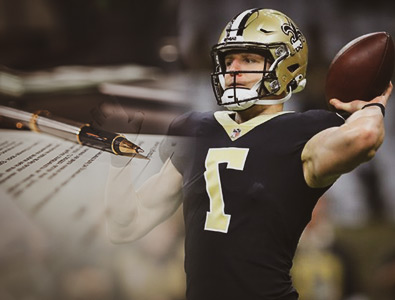 "I think I've been transparent from day one about what the end goal has been here for me. So, I don't really know what to say other than you do your best to stay ready," the New Orleans Saints utility player Taysom Hill explained. "Obviously there's this whole other role that's there for me. So, I'm trying to find a balance of staying ready to be able to do that job at a high level, but it's not always the easy thing, because there's this whole other expectation for me that I need to make sure I'm prepared to do. So, I'm trying to manage that."