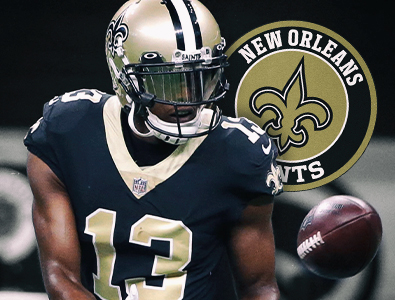 On Wednesday, November 3rd, 2021 the New Orleans Saints announced that their superstar veteran wide receiver, Michael Thomas, had a setback in his recovery from his ankle surgery, and that unfortunately Thomas will have to miss the entire 2021 – 2022 NFL season due to these complications regarding his most recent severe injury to his ankle.

According to sources the so – called setback to Michael’s ankle surgery recovery involved a new issue that had developed just recently as Thomas had been working diligently and extremely hard in order to return to his team this year. The New Orleans Saints head coach, Sean Payton, disclosed that Michael may now have to have another surgical procedure performed.

Thomas initially underwent surgery on his ankle in June of 2021 in order to repair several ligaments. This injury that Michael endured originated in week 1 of the 2020 – 2021 NFL season, and Thomas fought through the pain to continue playing for the New Orleans Saints that entire year. After the ankle surgery Michael was preliminarily anticipated to return tom football activities last October, but that is obviously not the case anymore.

The 28 – year – old explosive and highly – talented wide receiver was the NFL's Offensive Player of the Year back in 2019, when Thomas set an NFL record with 149 pass receptions. Unfortunately for him as well as the New Orleans Saints Michael was restricted to only 9 games last season which includes the NFL postseason, and now he has been reduced to 0 football games this season due to this most recent setback to his recovery.

Thomas will most certainly be greatly missed by the 5 and 2 New Orleans Saints football team as they just recently lost their starting veteran quarterback, Jameis Winston, to a season - ending torn ACL as well as other MCL damage to his knee last Sunday, October 31st, 2021. At the moment the New Orleans Saints rank a piss poor 31st in the entire National Football League with 180.9 passing yards per game.

It was recently reported that just prior to the NFL’s 2021 trade deadline on Tuesday, November 2nd, 2021 there were serious negotiations between the Cleveland Browns and the New Orleans Saints regarding a possible trade agreement for star wide receiver Odell Beckham Jr., but unfortunately the New Orleans Saints and Cleveland Browns were unable to reach a suitable agreement for the Odell Beckham Jr. trade by the time the that the NFL trade deadline arrived. 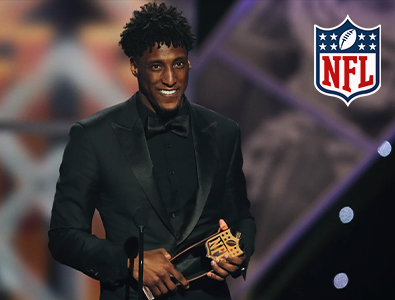 "I've always been a man of faith and these past few months my faith has truly been tested. Since [the June ankle surgery], the team and I have worked diligently, day and night to rehab and get me back on the field. Unfortunately, there has been another small set back which we will have to address. To my displeasure, I will not be able to make it back in time for this season but will do everything in my power to get back to the player I have always been. I know God doesn't make mistakes so I will continue to follow in his path, and can't wait to be back on the field in front of the best fans on the planet. As many of you know, early last season I injured my ankle and worked extremely hard over the next few months to get back in time to finish the season. Unfortunately, the rehab didn't go as planned and earlier this off - season it was apparent I would need to have a procedure to repair the injury," says the New Orleans Saints wide receiver Michael Thomas.