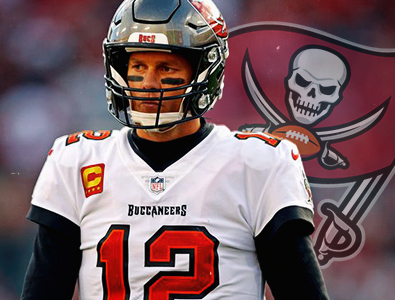 On Sunday, March 13th, 2022 The legendary and historic superstar quarterback, Tom Brady, announced that he was returning to play for the Tampa Bay Buccaneers for the upcoming 2022 - 2023 season of the National Football League.

Brady’s retirement from playing football professionally in the NFL only last approximately 40 days, and now Tom will return as the signal caller this year for the NFC South’s powerhouse franchise of the Tampa Bay Buccaneers. This will be Brady’s 23rd - NFL season, and he will be turning 45 on Wednesday, August, 3rd, 2022.

Tom helped lead the Tampa Bay Buccaneers to their Super Bowl LV championship just 2 - NFL seasons ago as well as an NFC South championship last year during the 2021 - 2022 season of the National Football League.

Throughout the 2021 - 2022 NFL season the then 44 - year - old superstar quarterback led the entire National Football League in total passing yards with 5,316, passing touchdowns with 43, pass completions with 485, and pass attempts with 719.

Unfortunately for Tom and the Tampa Bay Buccaneers they lost at home to the Los Angeles Rams during the divisional round of the 2021 - 2022 NFL playoffs. The Los Angeles Rams ultimately went on to defeat the Cincinnati Bengals in Super Bowl LVI last February. 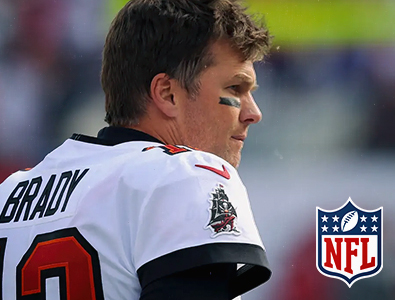 "These past two months I've realized my place is still on the field and not in the stands. That time will come. But it's not now. I love my teammates, and I love my supportive family. They make it all possible. I'm coming back for my 23rd season in Tampa,'' the Tampa Bay Buccaneers starting quarterback, Tom Brady, explained to the sports media world this week.

At the moment the Tampa Bay Bucs do not have a lot of salary cap space to work with, and they have a great deal of their players that are presently out in the NFL’s free agent market. Players such as one of Brady’s all - time favorite targets in his tight end, Rob Gronkowski.