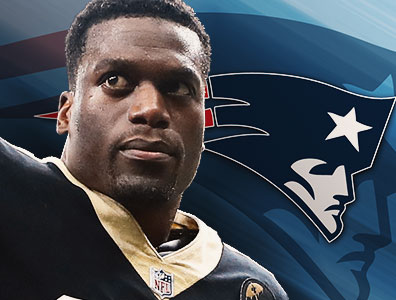 Veteran tight end, Benjamin Watson, recently retired but decided to come out of retirement and play another season with just one catch. He was only willing to sign with specific teams, the New Orleans Saints or the New England Patriots. Throughout his 15-year career and soon to be 16th NFL season, he played for the Baltimore Ravens, the Cleveland Browns, the Patriots, and the Saints. On Thursday May 9th, 2019, Watson signed a 1-year contract to rejoin the New England team worth $3 million.

With the departure of Rob Gronkowski, the defending Super Bowl champions have a large void to fill at the tight end position. Much like Julian Edelman, they are hoping Watson can contribute to the success of the Patriot’s offense during the 2019-2020 NFL season.

Media Statements from the Retired Player

"I started looking into other opportunities -- broadcasting, player development. I was actively looking for other options, and had a few options, as well. Then as time passed -- two months, three months -- I started thinking, 'Maybe I could do it one more time. Let's see what's out there,’” said Watson.

"... It was more of a family decision. My wife [Kirsten] and I talking about what that would look like for our family, and just kind of weighing the pros and cons."

"We live in New Orleans now, obviously I just played there last year, and we love that community there. The kids have a lot of friends in school. Our church. Just the city itself, we really love the people there.”

"And obviously [New England], it's a place where we started [as a first-round draft pick in 2004]. When I came here, I was a rookie and wasn't married. Now we have seven kids and have been married 13 years. So this place is always special to us, as well. ... Having to uproot and go to a place that was new would have been tough for us."

"There were two clubs, when I was retired, where I said, 'If I were to play again, I'd love to go somewhere I've been before or stay in New Orleans.' Moving here as a rookie at 22 years old, and now coming back with a whole tribe, that's something that's going to be fun for all of us," Watson concluded. 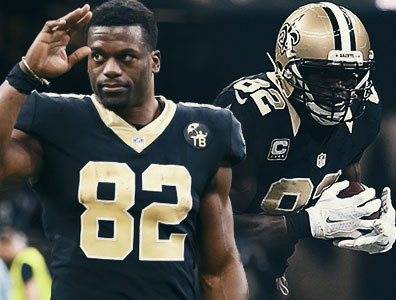 Watson has always been seen as a reliable and serviceable tight end in the NFL. He doesn’t have a whole lot of awards or honors such as the fact he was never selected the NFL’s Pro Bowl. However, he became a Super Bowl (XXXIX) champion with the Patriots at the end of his rookie season (2004-2005). He had a very average 2018-2019 NFL season, but apparently there is still a market for this veteran tight end.

He has played in 195 NFL games in which he started 135 of those games at the tight end position. His quarterbacks have targeted him 836 times, and he has 530 total regular season receptions. Benjamin has racked up 5885 receiving yards throughout his career. He averages 11.1 yards per reception with his longest catch was good for 46 yards. The veteran tight end has 44 total touchdowns while averaging 2.7 receptions per game, 30.2 yards per game, and 7 yards per target. His overall catch percentage is 63.4%.

Watson had played in 12 postseason NFL games and started in 9 of them. He has been targeted 44 times in the playoffs and has 22 receptions from those targets. The returning tight end has totaled 234 receiving yards, averages 10.6 yards per catch, and has secured 3 touchdowns in NFL postseason games. His longest reception was 63 yards, he averages 1.8 receptions per game, 19.5 yards per game, and 5.3 yards per target. He has a catch percentage of 50% in the playoffs.