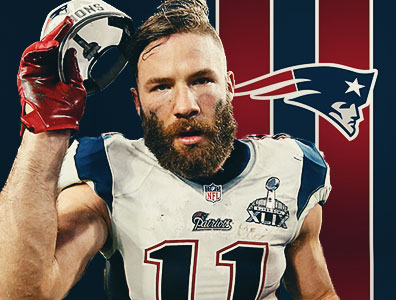 Following up last year’s Super Bowl winning season, the New England Patriots are already preparing to make another run at a football world championship. The kings of the AFC East have reportedly just come to an agreement with their All-Star wide receiver, Julian Edelman, for a two-year contract extension.

“I put at the top of my paper every day, ‘Never comfortable. It’s just how I feel always. There’s a lot of crazy stuff in this league and you got to go out and you got to earn your role every year. [...] I don’t like that — to feel comfortable. That’s how complacency kicks in,” Edelman said.

“I’m happy to be a Patriot. I’m a Pat, but I’m just worried about this year. As lame as it sounds and as much as you guys hear it, it’s really a mentality where you just keep it day-to-day. When you can do that, that’s usually when you stay focused and you improve the most. That’s how I’m going to try to take this,” he continued.

…"Nobody has worked harder than Julian in my career to develop his skills and his craft at another position." 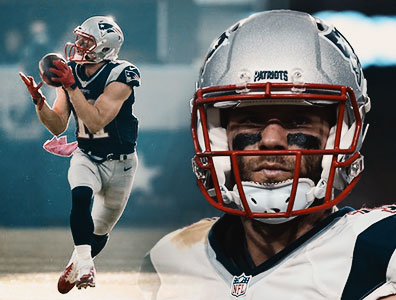 During a preseason game in August of 2017, Edelman suffered a torn ACL resulting in the All-Star wide receiver to miss the entire 2017-2018 NFL season. To start his 2018-2019 NFL season, Edelman was suspended for the first 4 games of the regular season due to a violation of the NFL’s policy against performance enhancing substances.

Although things couldn’t have been worse for him over that time, he bounced back in a major way including an unbelievable Super Bowl LIII performance in which he won the Most Valuable Player Award.