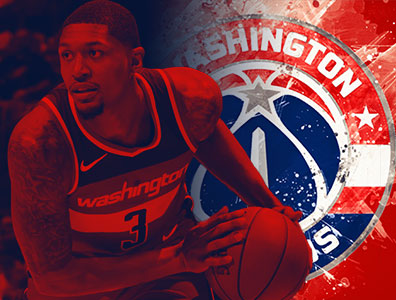 October 21st, 2019 will be the deadline for Beal to accept and sign the new agreement. The contract extension would begin at the start of the 2021 – 2022 NBA season and enable the Washington Wizards to retain his services through the 2024 – 2025 basketball season.

This shooting guard is one of the very few bright spots the Wizards have in their roster. He is only 26 years old, and he has made the NBA All Star team the last two seasons. Last year was his best career NBA season. He averaged 25.6 points, 5.5 rebounds, and 5 assists per game and he can score and play defense which makes him a valuable asset to any NBA franchise.

Beal has yet to confirm that he will accept this new contract extension. The Wizards have expressed that if he declines the max three-year extension, they will counter with a two-year or, at the very least, a one-year extension to keep him as long as they possibly can.

If Beal decides to decline all the contract offers from Washington, they will look to trade him before he enters free agency in order to receive some sort of compensation for him before he just leaves and they get nothing back in return. Currently, he has two years and $55.8 million remaining on his current contract.

I have a feeling that he will wait to see how things go this basketball season before signing a new contract. If Beal attains All NBA honors this season in which he just missed out on last season, he will be eligible for a five year $254 million supermax extension next year.

On the condition that he is not eligible for the supermax contract, he will still have the opportunity to be offered a four year $155 million contract extension prior to the 2020 – 2021 NBA season. For these reasons, I do not think he will accept the current offer of three years for $111 million from the Washington Wizards.

The other star player that the Washington Wizards have on their roster is point guard, John Wall. Wall is not expected to play this upcoming season due to a torn Achilles that he suffered last February. In his place they do have Ish Smith and Isaiah Thomas who can play pretty good ball, but aside from that the Washington Wizards team is pretty weak. They did resign center, Thomas Bryant, and draft, Rui Hachimura from Gonzaga, but he is yet to play a game in the NBA.

“I have no idea. … I try not to (think about it),” Beal exclaimed. “I’m not gonna be naïve to it. I know about it. But … I haven’t even gotten that far, because I need to figure out what we’re gonna do in this offseason, where we’re going, which direction we’re going.”

"He's got two years left on his deal, and he's from Missouri and we are going to have to show him," Sheppard explained. "We need to show him that we are about building this the right way, that we aren't going to have character-deficient guys around him. We are going to surround him with guys he wants to play with. He saw that right away in free agency with us bringing back Thomas Bryant."

"There are moments in a career where there are big decisions to make, and Brad will work through everything and figure out the right thing to do," Beal’s agent, Mark Bartelstein, stated. "There are nothing but great feelings for Ted [Leonsis], Tommy and Scott [Brooks]. They've treated Brad wonderfully."

"I understand that it's a players' league," Washington Wizards Owner, Ted Leonsis, said. "I do think that today's players are so intelligent, so smart and can smell inauthenticity from far away.

"I think they want owners and GMs, coaches and trainers -- everyone -- on the same page."