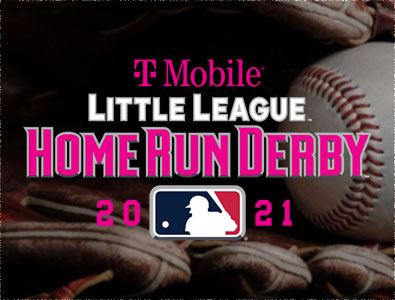 On Monday, July 12th, 2021 the 2021 Major League Baseball T – Mobile Home Run Derby took the nation by storm from Coors Field located in Denver, Colorado. Some of the game’s biggest and best power hitters such as Pete Alonso, Juan Soto, Shohei Ohtani, Trevor Story, and others stepped up to the plate to hit long balls out of the easiest ball park in Major League Baseball to hit homers out of as Coors Field sits approximately a mile above sea level and baseballs fly off the bat in the thin air of this hitter’s cathedral.

Alonso ended up stealing the show from beginning to end of this mid – summer classic tradition. He seemed to have no problem belting out dinger after dinger as he bobbed his head to the music with a look of strong confidence across his face. He easily smoked Salvador Perez in the first round. Then Alonso whipped out Juan Soto in the second round after Soto and Ohtani went toe to toe in the first round which required multiple tie – breakers to determine who would move on to face Pete in the second round of action from Denver, CO. Finally, the “Polar Bear” beat out Mancini in the final round of home run action with time to spare on the clock.

Back – to – Back Home Run Derby Championships

Alonso won the 2019 Major League Baseball Home Run Derby from Progressive Field in Cleveland, Ohio as he out – slugged the runner – up of the contest, Vladimir Guerrero Jr. Due to the COVID – 19 pandemic there was no MLB All – Star festivities last year in 2020, but Pete came back with a vengeance and took the crown again this season in 2021.

Unfortunately, Vlad Guerrero Jr. chose not to participate in the MLB Home Run Derby this year, but he did slug a 460 plus foot home run during the actually Major League Baseball All – Star game on Tuesday, July 13th, 2021 as he earned the 2021 MLB All – Star Game MVP award. 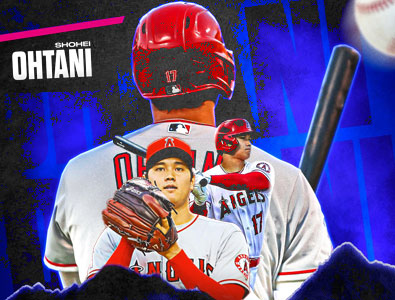 "I think I'm the best power hitter on the planet," the New York Mets’ slugger, Pete Alonso, emphatically stated following his strong performance in the 2021 MLB Home Run Derby. "Being able to showcase that, and really putting on a fun display for fans, I just think it's a dream come true for me because when I was young, my parents let me stay up past my bedtime to watch this. That was one of the few nights per year I actually got to stay up past my bedtime, just watch incredible feats that you don't see in a regular baseball game. To be able to participate -- it's a dream come true. To be able to do it back-to-back -- this is really special for me. And really cool."

"I think it can set an example that you can go back to your normal life, even if you have this thing hanging over you sometimes," the Baltimore Orioles’ power hitter, Trey Mancini, explained. "That's the message that I really wanted to get across. I'm still going through a battle, and there's so many people going through battles still, but you can go back to where you were before. I feel great about my health and where I am and what the future holds, but you definitely don't wanna take any day for granted."

1.) Shohei Ohtani has 32 home runs throughout the 2021 Major League Baseball season as of now. Ohtani isn't only on pace to smash the Los Angeles Angels' franchise record of 47 home runs in a season, but Shohei has a possibility of crushing 60 deep ones after crushing 13 home runs over the month of June and 4 thus far in July. He owns the MLB season's longest home run of 470 feet.

2.) Joey Gallo has 23 home runs throughout the 2021 Major League Baseball season as of now. Joey is well known for his prodigious power when he connects the barrel of the bat with the ball, and baseball fans have long demanded for Gallo to participate in the official Major League Baseball Home Run Derby. Joey has been very hot of late, as he hit 2 more home runs on Wednesday, July 7th, 2021 to give him 10 HRs in his last 10 ball games. His season long home run equated to 462 feet.

3.) Matt Olson has 21 home runs throughout the 2021 Major League Baseball season as of now. Olson hit 36 bombs in only 127 games back in 2019, and Matt is currently on track to surpass that career high this MLB season. Olson also has enhanced his performance at the plate quite significantly after carrying a batting average of .195 in 2020, and he cut his strikeouts almost by half while raising his average to .283 in 2021. Olson’s season long home run measures out to 445 feet.

4.) Salvador Perez has 20 home runs so far during the half – way point of the 2021 Major League Baseball season. Salvador will be making his 6th MLB All – Star starting appearance behind the dish, and he should easily surpass his career high of 27 home runs in 2021, which he has already accomplished twice before. His power is no fluke or accident as he ranks 9th in the big – leagues in average exit velocity with his mark of 93.0 miles per hour. Salvador’s longest home run of the season exited the park at 460 feet.

5.) Right now, the New York Mets’ big – name slugger, Pete Alonso, only has 15 home runs throughout the 2021 Major League Baseball season, but he has the stroke to demolish baseballs that he is presented at Coors field this Tuesday, July 12th, 2021 during the official T- Mobile MLB Home Run Derby. He hasn't been able to match his home run rate of 2019, although that year he set a rookie record with 53 dingers, but very few other players hit the ball as hard in Major League Baseball as Alonso ranks 11th in average exit velocity. Pete should enjoy swinging the bat in Denver, CO as 14 of his 15 home runs have come on the road, and Coors Field is a home run hitter’s dream ball park. His longest home run hit in 2021 is 443 feet.

6.) Trey Mancini has 15 home runs over the course of the 2021 MLB season at the moment. Trey is one of the Major League Baseball’s best stories of the season as he had missed all of 2020 MLB season while undergoing treatment in order to battle colon cancer. Mancini hit 35 home runs in 2019, and he started off extremely hot in 2021. Trey’s season best hit long ball measured a towering 451 feet.

7.) Trevor Story has 11 home runs throughout the 2021 Major League Baseball season as of now. Story is the hometown hero as this Home Run Derby will take place from his home ball park in Coors field located in Denver, Colorado. Trevor’s home run stats may be down from the 37 he hit in 2018, and the 35 he slugged in 2019, but nobody doubts his absolute power with his bat. This might also be a send – off of sorts for him in Colorado, as he is quickly approaching free agency following this Major League Baseball season, and the Colorado Rockies could look to trade him following the upcoming 2021 MLB All – Star break. Story’s longest home run so far this year was a 466 – foot shot.

8.) Juan Soto has 11 home runs throughout the 2021 Major League Baseball season as of now. Juan's numbers on offense are overall somewhat disappointing after he led the National League in batting average, on base percentage, as well as slugging back in 2020 last year, but he has the youthful enthusiasm that could work well during this 2021 MLB T – Mobile Home Run Derby. Soto’s longest home run of the year at this point was hit 437 feet long.

According to Bovada sportsbook below are the odds to win the MLB 2021 World Series as of Wednesday, July 14th, 2021.