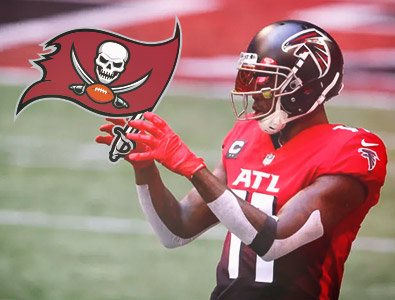 On Wednesday, July 27th, 2022 the top – notch veteran NFL wide receiver, Julio Jones, has a new place he can call home as Jones just signed a 1 – year contract with the Tampa Bay Buccaneers.

The 7 - time NFL Pro Bowl selection gives the very - soon - to - be 45 - year - old Tom Brady another offensive weapon in Tampa Bay as Julio completely intends to bounce back from a down year with a decent football team in the Tennessee Titans throughout the previous 2021 - 2022 NFL season that showcased the Los Angeles Rams winning Super Bowl LVI over the Cincinnati Bengals with a final score of 23 - 20.

During his one and only season with the Tennessee Titans following his spectacular 10 - year run with the Atlanta Falcons, Jones racked up 31 - receptions, 434 - receiving yards, and only 1 - touchdown throughout the 10 - NFL games that Julio participated in for the Tennessee Titans. Jones averaged 14.0 yards per reception during the past 2021 - 2022 season of the National Football League.

What a Nice Pair

The Wide Receiver Room for the Tampa Bay Buccaneers

By signing with the Tampa Bay Bucs Julio joins a receiver group with the Buccaneers who already possess am amazing and highly - talented wide receiver group that includes holdovers such as Mike Evans, Chris Godwin, Tyler Johnson, Scotty Miller, and Breshad Perriman.

They welcomed in Russell Gage, who like Jones, another former player from the Atlanta Falcons was during this current as well as busy NFL offseason for the Tampa Bay Buccaneers. Godwin just underwent a surgical procedure in order to repair a torn ACL surgery on a torn ACL suffered toward the end of last season.

Tampa Bay also acquired the veteran tight end, Kyle Rudolph, about a week ago, in order to improve their talent at the tight end position especially with the loss of the future Hall of Fame tight end in Rob Gronkowski who recently retired from playing professional football in the NFL. 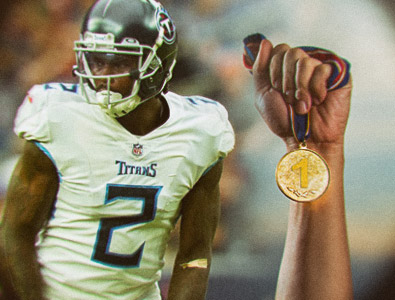 Previously the Tennessee Titans outright released Julio Jones back in March of 2022, only 1 - season after the Titans made a huge trade in order to pick him up from the Atlanta Falcons. The Tennessee Titans exchanged 2 - highly - valued NFL draft picks to get him just a year ago in the hope that Jones help balance out and vastly improve the Tennessee Titans’ offensive passing attack led by their starting quarterback, Ryan Tannehill.

However, Jones only appeared in 10 - NFL games resulting from multiple injuries. Last year marked the 2nd - consecutive NFL season in which Julio was limited due to injuries that he suffered recently. Jones only managed to appear in 9 - NFL games for the Atlanta Falcons back during the 2020 - 2021 NFL season.

The Atlanta Falcons selected Julio with the overall 6th - selection in the 1st - round of the 2011 NFL Draft. The Atlanta Falcons were forced to send over several NFL draft picks to the Cleveland Browns just to be able to take the wide receiver star out of the University of Alabama where Jones excelled with the Crimson Tide NCAA college football program.

The now 33 - year - old Jones leads the Atlanta Falcons for career receptions with 848 as well as receiving yards with 12,896, and Julio is second all - time to Roddy White in touchdown catches with 63. Jones’ average of 91.9 receiving yards per game is the highest per - game average in rich and legendary history of the National Football League.