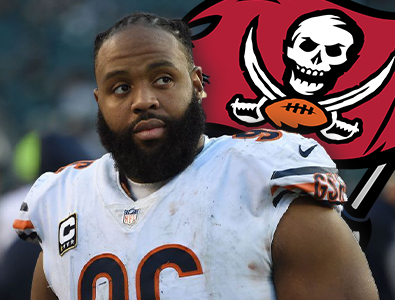 All of the official terms and conditions of this new agreement were not disclosed to the public yet, but according to ESPN's Adam Schefter, Hicks received a 1 - year deal worth up to approximately $10 million.

Ndamukong Suh may be Leaving the Tampa Bay Buccaneers

The new addition of Hicks' will most likely result in the end of the Tampa Bay Buccaneers’ defensive tackle, Ndamukong Suh’s, time in Tampa with the Buccaneers. Suh also just so happens to be an unrestricted free agent heading into the upcoming 2022 - 2023 season of the National Football League. Hicks will now provide the Tampa Bay Bucs the veteran presence on their defensive line that Suh had delivered the last 3 - seasons in Tampa, Florida.

The 2021 - 2022 NFL season was quite disappointing for Akiem, who battled both a groin injury as well as an ankle injury throughout the past football season. Throughout his 9 - football games last year, Hicks racked - up 3.5 - sacks, 5 - tackles for a loss, and 9 - quarterback hits too. Over the duration of the last 3 - seasons, injuries have forced Akiem to miss - out on a total of 20 - games. 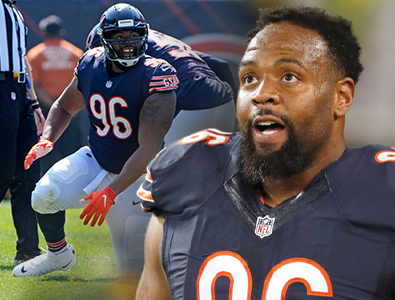 Hicks was a highly - productive defenseman in Chicago with the Bears during him over 6 - seasons with that legendry and historic franchise in the Chicago Bears. He was amongst the very best run - stoppers in the league. Hicks made the NFL Pro Bowl back in 2018, and Akiem was a significant core member of a Chicago Bears defense that led the Chicago Bears back to the NFL playoffs a few years ago. In his 16 - games that years, Hicks compiled 7.5 - sacks, 12 - tackles for a loss, and 16 - quarterback hits.