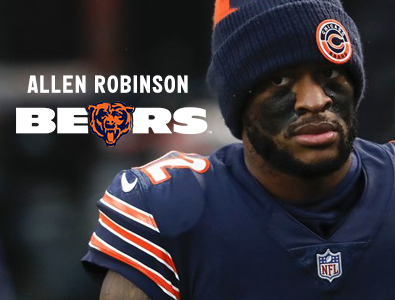 On Thursday, December 9th, 2021 the Chicago Bears have announced that they are expecting their superstar veteran starting wide receiver, Allen Robinson II, to return to the team and play this weekend as the Chicago Bears travel to Green Bay to play against the Packers on the Sunday Night Football game. Robinson II has had to sit out the last 3 – games for the Chicago Bears due to a hamstring injury.

Also returning to play for the Chicago Bears this Sunday…

…is their rookie starting quarterback, Justin Fields, who has been sidelined for the past 2 – games due to cracked ribs. This is great news for the 4 and 8 Chicago Bears who have recently lost 6 of their last 7 – games this season. The Chicago Bears have an absolutely terrible record against the Green Bay Packers over the past decade or so as they have lost 20 of their last 23 match ups versus the Green Bay Packers.

Although the Chicago Bears will most likely not make the playoffs during this upsetting 2021 – 2022 NFL season, a win against the NFC North leading Green Bay Packers would be a very bright spot during a very dark season for the Chicago Bears. The Green Bay Packers presently hold an impressive record of 9 and 3, and they are only one game behind the NFC leading Arizona Cardinals who have compiled an overall record of 10 and 2 this year.

Throughout the 2019 – 2020 NFL season Robinson II led the Chicago Bears with 98 pass completions that was good for 1,147 receiving yards and seven touchdown receptions. Allen did have an excellent 2015 – 2016 season in the National Football League with the Jacksonville Jaguars when he wrapped his good hands around 80 passes that racked up 1,400 receiving yards as well as high career – high in touchdown receptions with 14 big – time scores for the Jacksonville Jaguars. He ultimately made it to his one and only NFL Pro Bowl for his performance during the 2015 – 2016 NFL season.

Over the course of his illustrious 8 – year career playing wide receiver in the National Football League Allen has recorded 487 total receptions for 6,338 total receiving yards and 40 NFL career touchdown receptions. The talented and reliable wide out is looking to continue building up his NFL resume over the next several years by adding quite a bit of numbers to his NFL career statistics.

Robinson II has publicly stated that he would like to stay in Chicago playing football for the Bears, so hopefully his agent and the Chicago Bears’ front office will work out a new solid long – term contract for Allen to remain with the Chicago Bears for years to come. He has definitely earned that, and Robinson II deserves to be well taken care of by the Chicago Bears. 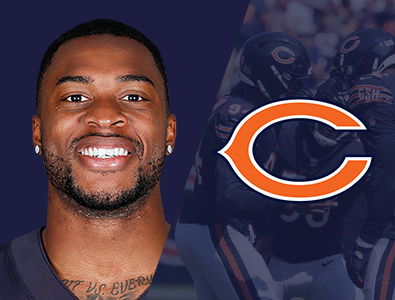