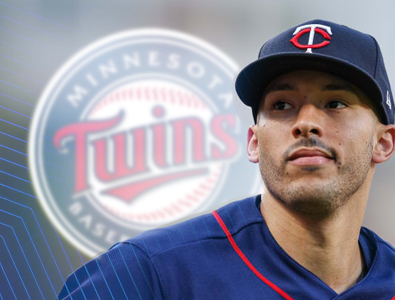 On Wednesday, October 12th, 2022 the Minnesota Twins superstar veteran shortstop, Carlos Correa, announced that he will opt - out of his current contract with the Minnesota Twins in order to become an unrestricted free agent in the landscape of Major League Baseball prior to the upcoming 2023 MLB season.

Carlos managed to bat for an average of .291 with 22 - home runs, 64 - RBIs, as well as 70 - runs scored over the course of the 136 - big - league baseball games that Correa played in throughout the previous 2022 MLB regular season which just ended a week or so ago. Carlos wanted to publicly reveal that now was the right time to ultimately hit the MLB free agency market in preparation for next year’s baseball season.

"With the year that I have had, my health, and my being at the best moment of my career at 28 (years old), that is the right decision," Correa disclosed to a Puerto Rican publication this week.

The Baseball Background of Carlos Correa

The American League hero shortstop originally from Ponce, Puerto Rico spent his initial 1st - 7 years of his Major League Baseball career with the Houston Astros, where he was able to experience winning a World Series championship title back during the 2017 MLB season.

Correa was unable to find the long - term contract that he was desperately seeking while in the comforts of the 2021 - 2022 MLB offseason, and that resulted in Carlos choosing instead to ink his name on a 3 - year contract worth up to approximately $105.3 million with the Minnesota Twins and fortunately for Correa that deal just so happed to include multiple opt - out scenarios which Carlos seems to now be ready to exercise.

"I have a good relationship with Minnesota (Twins). I am very interested in being able to return," Correa went on to tell the sports media outlets just recently. "I have been in this business for a long time, and I know that things do not always go the way one wants them to."

Correa's WAR (wins against replacement) of 4.4 for the duration of the past 2022 MLB regular season which ranked 5th amongst all of the current American League shortstops. The Minnesota Twins disappointingly finished in the 3rd - spot in the American League Central division within Major League Baseball after they unfortunately posted a dismal record of just 78 - wins and 84 - loses.

Carlos continues to remain a somewhat controversial figure in the game of professional American baseball due to the fact that he was linked to and participated with the sign - stealing scandal that deservingly stained the amazing run of the Houston Astros back in the 2017 World Series title run, and Carlos’ unwavering defense revolving around the overall legitimacy of that World Series championship. Prior to the 2020 MLB season, Carlos had this to say to some of the local reporters, "When you analyze the games, we won fair and square. We earned that championship."

The top number - 1 overall pick of the 2012 amateur baseball draft in Correa carried on to win the coveted American League Rookie of the Year Award way back in 2015, and as of now Correa is a 2 - time MLB All – Star selection who plans on visiting the summer classic a whole bunch more before retiring from playing big - league ball. 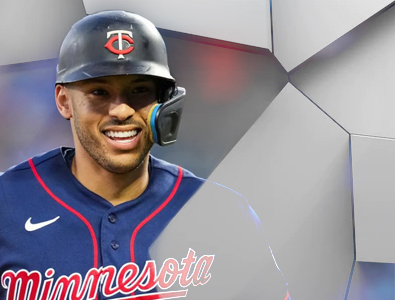 My Overall Reaction to this Announcement

This has to be deflating news to the all - encompassing team, coaches, fans, executives, and any other people associated with the Minnesota Twins. Correa brings everything to field on a daily basis. He has a strong and powerful bat that can slug for power as well as hit for average. His glove affords Correa the ability to pick up his teammates, and lead his team with a solid defensive presence. Carlos also has many of the intangibles that baseball scout drool over such as his speed, baseball IQ, World Series championship pedigree, and his veteran locker room leadership.

If Carlos Correa does indeed ultimately decide to out - out of his current contract with the Minnesota Twins in order to become an MLB free agent, then the majority of the big - league franchises should be fighting to sign him prior to the upcoming 2023 Major League Baseball season.