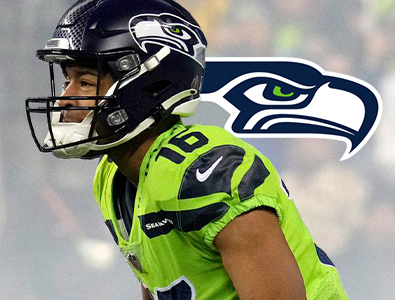 That NFL week - 18 crucial football game for the Seattle Seahawks versus the Los Angeles Rams will be played on Sunday, January 8th, 2023 at 4:25 p. m. ET from Lumen Field located in Seattle, Washington. This very important and decisive NFC match - up will be nationally broadcasted on the Fox network.

The Injury and Expectations for Tyler Lockett

Currently Lockett is officially listed as questionable for their must - win last NFL regular - season finale this Sunday despite the leg contusion that has forced the Seattle Seahawks veteran superstar wide receiver to miss significant game time lately.

Lockett as well as the head coach of the Seattle Seahawks, Pete Carroll, both mentioned on Friday that he is on track to play vs. the Los Angeles Rams, although the Seattle Seahawks also may not have their starting strong safety in Ryan Neal, who is also listed as questionable on the NFL’s injury report while he is dealing with a knee injury.

The Seattle Seahawks not only need a win, but they are also reliant on a Detroit Lions tie or win during their game against the Green Bay Packers in the Sunday Night Football game this weekend in order to make the NFL playoffs as the NFC's final and 7th - seed 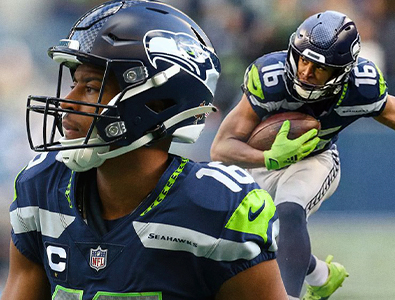 Beat Up this NFL Season

Tyler absorbed a nasty hard hit to his right leg late in the 2nd - quarter of the Seattle Seahawks victory over the New York Jets last Sunday, January 1st, 2023. Lockett had to miss the end of the 1st - half and the entire 3rd - quarter, but he came back at the beginning of the 4th - quarter until he was ultimately taken out of the game for the last several - minutes following the Seattle Seahawks having the win already locked in. Tyler completed that game with only 2 – catches that was good for 15 - yards throughout the 23 - offensive snaps that he played in during that game.

Lockett stated that he did not have any problems with his right hand when he played only 13 - days following the surgery he underwent to repair a broken bone under his right index finger. His leg was continuously feeling sore for days following the game, and he was sidelined for Wednesday and Thursday’s Seattle Seahawks practice prior to him returning on Friday but only as a limited participant for that Friday practice.

"He looked good today," Carroll said Friday. "Had a good day of work as did DK [Metcalf], both those guys."

Lockett mentioned that the area of concern is not his shin (as that is what is listed on the Seattle Seahawks' injury report), but the portion of his lower right leg in which he previously had a metal plate installed following enduring a compound fracture of his tibia as well as fibula late during the 2016 - 2017 NFL season.

"I just got hit where my plate is in my leg," he said. "So, if you have a contusion right there, then you can imagine, anytime you get hit with a plate, it hurts. But when you get a contusion on the plate, it's even worse. I've just been working on it. But I should be good to go. I'm not worried about it."

The Seattle Seahawks head coach in Carroll proclaimed that Neal, who has missed the last 2 - games, is making some good progress, but that it would take a basically a miracle for him to be ready by this Sunday for the Seattle Seahawks crucial game versus the Los Angeles Rams. Johnathan Abram was able to start once again vs. the New York Jets following him having to share time with Teez Tabor just 1 - week before.

In addition to Lockett and Neal being sidelined lately, the Seattle Seahawks list their starting left guard Damien Lewis with an ankle injury, their right guard Phil Haynes also with an ankle injury, and their defensive end Quinton Jefferson sick with an illness and listed as questionable for this Sunday’s game against the Los Angeles Rams.

Coach Carroll anticipated that Jefferson will play, and he alleges Lewis will be good to go as well. Pete explained that the team will not know until the day of the game whether Haynes, who shares time with the starter Gabe Jackson, will play either. It seems like the Seattle Seahawks are crawling into their decisive upcoming battle with the Rams extremely beat up and depleted.

Also, their back - up running back, Travis Homer, is doubtful due to an ankle injury too.

The National Football League's decision to flex the Detroit Lions vs. the Green Bay Packers match - up to the Sunday Night Football game means that the Seattle Seahawks win Sunday afternoon they won't know for approximately another 4 - hours or so whether they have made the playoffs as the NFC's last wild - card team this season for the 2022 - 2023 NFL playoffs.

The Seattle Seahawks needed a late touchdown drive from their quarterback in Geno Smith to beat the Los Angeles Rams at SoFi Stadium about a month ago. The L. A. Rams have since added Baker Mayfield, and Mayfield will have the heavily - motivated Bobby Wagner playing on his side at Lumen Field for the 1st - time since the Seattle Seahawks released him last March. If that is not motivation to beat the Seattle Seahawks and kill their playoff chances than I do not know what is. 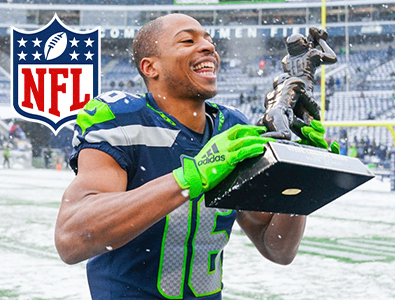 "I feel like it's hard to stress about it," Lockett explained in regards to the Detroit Lions vs. the Green Bay Packers game conclusion. "It's like, if we belong then we'll get there. If we don't, then we'll wait until the next season. But it's hard to just sit and watch a game and just stress about it because in the NFL, you can be down 21 and come back and win, so we're just going to watch the game. But first, we've got to take care of business because Sunday night won't matter if we lose. And if there's any team that wants to spoil our season, it's the Rams - especially with Bobby being able to come back. So, we've just got to ... go out there, be ready to play. It was an all - out battle, all - out brawl the last time we played them, so we know that they're looking forward to this game."