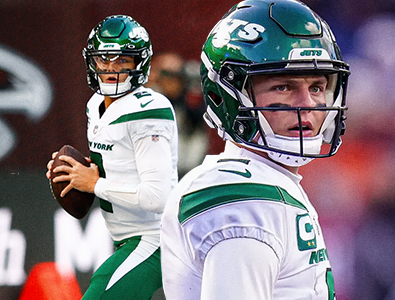 On Wednesday, November 23rd, 2022 the New York Jets and their head coach Robert Salah announce they are benching their young struggling quarterback, Zach Wilson, following his poor performances on the football field in addition to him not taking accountability for his play during last week’s post - game media press conference.

The New York Jets QB Depth Chart for this Week

The New York Jets head coach, Robert Saleh, made the strong and fully supported announcement during a late - morning team meeting last Wednesday which was eventually confirmed by the major sports media outlets and reporters that their other young and inexperienced quarterback, Mike White, will start this Sunday, November 27th, 2022 versus the Chicago Bears.

That game is scheduled to take place at Met Life Stadium located in East Rutherford, New Jersey. Joe Flacco was named the New York Jets back - up quarterback while Wilson will be inactive for this Sunday afternoon’s game against the Chicago Bears.

This change of heart concerning Wilson is quite significant for the New York Jets NFL franchise that had been building their team around Wilson ever since the New York Jets selected Zach with the 2nd - overall pick in the 2021 NFL Draft.

By the New York Jets benching Wilson raises a lot of serious questions and concerns regarding the future state of their quarterback position which the New York Jets never imagined they would have to address a quarterback controversy so soon following them drafting Wilson. Saleh explained that he hopes he is able to play Zach again sometime during the current 2022 - 2023 NFL season.

"Zach's career here is not over," Saleh proclaimed. "I know that's going to be the narrative and I know that's what everybody wants to shout out, but that's not even close to the case. The full intent is to make sure Zach gets back on the football field this season. When that is, I'll make that decision. I'll take it day - to - day. The young man (Wilson) needs a reset. There are some basic fundamental things have gotten really out of whack for him. This is just an opportunity for him to sit back, focus on those things and find a way to reconnect with all the different things we fell in love with during the draft process. It's something I feel like he'll be able to do." 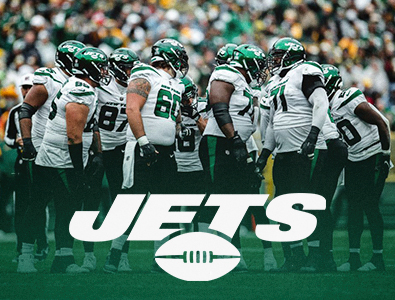 The Current Status of the New York Jets

Presently the New York Jets are surprisingly 6 and 4 as they are striving to end their 11 - year playoff drought, have recently adopted a win - now mentality. The New York Jets strongly feel that their defense is of a championship contending caliber, and the New York Jets do not want to blow this great opportunity due to inconsistent and inefficient play at the quarterback position.

Over the course of the New York Jets game against the New England Patriots last Sunday Wilson managed to pass for a career - low embarrassing 77 - passing yards in their loss to New England Patriots which has now created a major situation and issue for the New York Jets after Wilson refused to take any blame for the offensive debacle last weekend.

Coach Saleh was not happy at all with Wilson’s media statements, but he claims that Zach’s comments following the game did not result into the New York Jets ultimate decision to bench Wilson at this point during the 2022 - 2023 NFL regular - season.

On Monday, November 21st, 2022 Saleh met with Wilson in order to let him know that he and the other coaches would be evaluating the quarterback position, and then Robert relayed that message to the sports media reporters as well. The non - endorsement was extremely revealing as it marked the very 1st - time Zach's job security as the New York Jets starting quarterback was ever questioned since his arrival to New York to play for the Jets back in 2021.

The New York Jets Winning on their Defense

The New York Jets are amazingly 5 and 2 ever since Zach returned from his knee surgery recovery back in August of 2022. Both of the New York Jets losses came at the hands of the New England Patriots. The N. Y. Jets are managing to squeak out wins this year mainly due to their lockdown defense, and their success definitely has nothing to do with their offensive passing attack. Wilson has compiled just 4 - touchdown passes so far this season, and he has thrown for over 210 - passing yards in just 2 of Zach’s 7 - starts at the quarterback position for the New York Jets this year.

In the past, Coach Saleh has publicly supported Wilson. This could be exemplified by Robert mentioning that Wilson would remain the starting quarterback of the New York for the rest of the season even after their October 20th, 2022 defeat to the New England Patriots in which Wilson threw 3 - interceptions.

But all of those feelings seemed to have changed last Sunday, when Zach was responsible for one of the worst offensive performances in the franchise history of the New York Jets. Wilson was only able to rack up 103 - total yards of offense while only recording 2 - yards of offensive production in the entire 2nd - half of that game vs. the New England Patriots. Saleh called Wilson’s performance last weekend, "unacceptable." 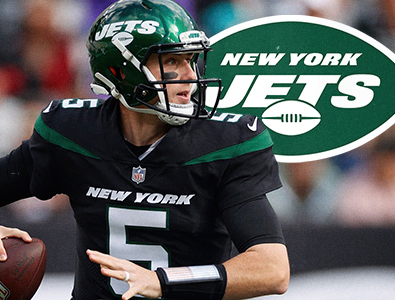 White is hardly a guaranteed quarterback solution for the New York Jets. Mike has just 3 - career starts at the quarterback position in the National Football League. With Wilson out last year due to a knee injury, in his 1st - NFL career start at QB, he was able to impress everyone by throwing for 405 - passing yards as well as 3 - touchdowns in an upset win over the eventual AFC champion Cincinnati Bengals. The 2018 Dallas Cowboys draft selection got 2 - more NFL quarterback starts. One was an incomplete game vs. the Indianapolis Colts where White was forced to leave the game with an injury, and the other was a very unimpressive 4 - interception nightmare versus the tough Buffalo Bills.

White began this current 2022 - 2023 NFL regular season as the third - string quarterback of the New York Jets behind Zach Wilson as well as Joe Flacco. The N. Y. Jets rearranged their QB depth chart in Week 8 this season by promoting White to their second - string quarterback which was a move that left many people around the organization very confused and surprised. Saleh claimed that move was in relation to, "Allow him (White) the opportunity to prepare as if he is the next man up."

Which he now is.