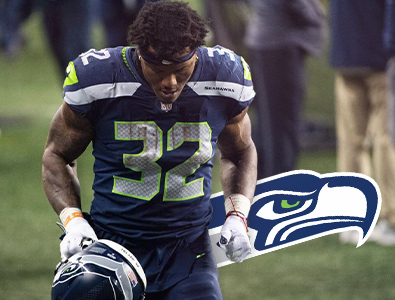 On Friday, November 19th, 2021 the Seattle Seahawks announced that they will have to play the remainder of the current 2021 – 2022 season of the National Football League without their veteran starting running back, Chris Carson. Carson will have to undergo season – ending neck surgery soon, but the Seattle Seahawks are expecting Carson to return to their active roster for next year’s NFL season.

How did Chris Carson injure his neck?

Carson as well as the Seattle Seahawks are not sure how the star running back originally injured his neck. The head coach of the Seattle Seahawks, Pete Carroll, told the sports media world that Chris is an extremely avid weight lifter and that could have attributed to the neck issues that Carson has been experiencing this year, but no one is really 100 % sure.

Carroll continued to explain that this type of neck injury could have originated from anywhere, and it is a wear and tear type of a situation. Carroll completely and fully expects Carson to be able to return to the Seattle Seahawks as their starting running back for the 2022 – 2023 NFL season.

Replacing Chris Carson at the Running Back Position

According to the Seattle Seahawks’ depth chart Carson’s back up is Alex Collins followed by Rashaad Penny, DeeJay Dallas, and finally Travis Homer. Collins has been filling in for Carson at the starting running back position for the Seattle Seahawks ever since week 5 of the 2021 – 2022 NFL season. Coach Carroll is expecting Penny to contribute more to their offensive game plan now that Carson will definitely be ruled out for the rest this football season.

It is great that the Seattle Seahawks just got their starting quarterback in Russell Wilson back from his recent finger injury / surgery ahead of time, although he has not been looking very good since he has made his return. Throughout the entire 2021 – 2022 NFL season the Seattle Seahawks have been underperforming as they presently sit in last place in the highly – contested NFC West division with an overall record of 3 and 7. It is starting to become clear that the Seattle Seahawks will most likely not be making the NFL playoffs this season, and it may be time for their proud and usually successful franchise to start looking more towards the future than the rest of this year. 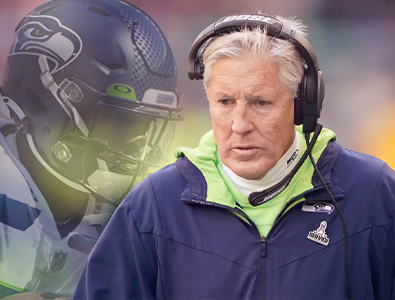 "We went as long as we could and he worked as hard as he could at it and ... after not being able to get it to happen, to turn around, this is the best choice we've got," the head coach of the Seattle Seahawks Pete Carroll explained to the sports media outlets. "So, we'll look forward to him getting all that taken care of and be ready for a big year next year."

"He's an avid, avid weightlifter and he puts a ton of weight on his shoulders and it's right up there," Carroll disclosed. "Who knows, it could have come from anywhere. But it's a wear-and-tear type of thing that developed. He has not had signs of it from the past."