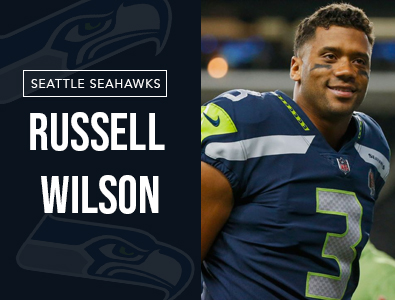 On Monday, November 8th, 2021 the Seattle Seahawks veteran superstar starting quarterback, Russell Wilson, was cleared by doctors to return to all football activities. Wilson’s recovery from his recent finger surgery on his throwing hand has progressed much faster than most experts and physicians initially had anticipated.

Russell has been practicing over the last couple of days, and apparently Wilson looks great as he is throwing the ball over all the field really well at the moment. If everything continues to remain positive and Russell’s finger in consistently responding well to all of the football drills and activities that he participates in, the Seahawks are expecting Wilson to start at quarterback for the Seattle Seahawks this Sunday, November 14th, 2021 when they play the surging and tough Green Bay Packers on the road.

Just the fact that Wilson simply returned to practice last Monday, which is precisely 1 – month following the operation on Russell’s finger, was an astonishing and amazing accomplishment that the Seattle Seahawks’ head coach, Pete Carroll, proclaimed as "enormous" and "miraculous."

When Carroll is questioned in regards to Wilson playing this Sunday afternoon, Pete provides the good old one – day – at – a – time response, and he expressed that everything is dependent upon on how Wilson responds to each day of increasingly more extraneous work on the gridiron.

Last Monday Russell was cleared for his highly - anticipated return to the Seattle Seahawks by Dr. Steve Shin, who was the surgeon that performed the operation on the veteran QB's right middle finger on October 8th, 2021.

That surgery was necessary to repair a ruptured tendon (mallet finger) as well as to fix a fracture / dislocation that Wilson had suffered the previous day before, when Russell slammed his throwing hand (right) on his opponent Aaron Donald during a follow - through on a pass in the 3rd - quarter of the Seattle Seahawks' losing effort against the Los Angeles Rams.

Wilson required a surgical pin to be inserted into his right middle finger, and that pin was just removed from his finger last Monday.

The Seattle Seahawks currently hold a disappointing overall record of 3 and 5 so far during the 2021 - 2022 NFL season. Wilson's recent finger injury / surgery placed him on the injured reserve list for just the very 1st - time during his 10 – year NFL career, and it unfortunately broke his amazing streak of 149 straight starts at the quarterback position to start his NFL career.

The Seattle Seahawks would have to activate Russell off of the injured reserve list by Saturday, November 13th, 2021 in order for Wilson to be able to play this Sunday afternoon against the Green Bay Packers. Throughout Russell's NFL career, the Seattle Seahawks are a dominant 4 and 0 at home vs. the Green Bay Packers in Seattle, but during that time they are a rough 0 and 4 at Lambeau Field and that includes the NFL playoffs.

The Seattle Seahawks also designated their rookie receiver Dee Eskridge as well as their cornerback Nigel Warrior for a return to practice last Monday. Eskridge just so happens to be the Seattle Seahawks 2nd - round draft pick, and he has not played since he suffered a concussion in the Seattle Seahawks’ 2021 – 2022 NFL season opener. Carroll mentioned that Eskridge looked good during practice, but it is too early to determine if Dee will play this Sunday vs. the Green Bay Packers.

Running back Chris Carson is also predicted to return to practice this week, and Carson has missed the last 4 - games for the Seattle Seahawks due to a severe neck injury. 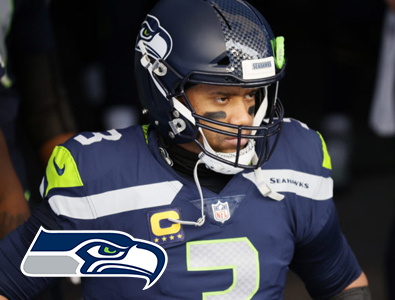 "This is a remarkable story of recovery and really of a guy intent that he was going to do this and pull it off. He's way, way ahead of schedule and we just came off the practice field and he threw the ball all over the place. He did really well for the first time out in a limited amount of plays. ... We knew that Russ was going to go for it. We didn't know if his body could respond, but it did," the Seattle Seahawks’ head coach Pete Carroll explained.

"He's not out here to do anything but play," Carroll goes on to say. "He's not coming back just to practice, so we'll see what happens as the week goes on. Give us days to figure that out. But the intention is that if he's OK, he plays. This is really a cool story. I'm amazed but yet not surprised, kind of, and I'm really fired up about it. I'm really anxious to see how this goes."

"I am absolutely amazed at his progress, so much so that I can now confidently clear him for full return to play without reservation," Dr. Steve Shin stated.