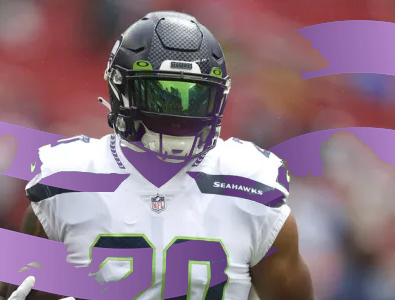 On Sunday, October 9th, 2022 the Seattle Seahawks starting veteran running back, Rashaad Penny, sustained a broken fibula as well as an injured tibia in his left leg, and Penny will miss the remainder of the 2022 - 2023 NFL season due to a surgical procedure that will repair the broken bones in his left leg according to the head coach of the Seattle Seahawks, Pete Carroll.

"It's going to be a haul for him. This is what they refer to as a tib / fib incident. He broke his fibula and cracked that, but it's the high - ankle sprain element of it that makes it difficult. And there's a particular surgery that they do to connect and tighten down those bones," the head coach of the Seattle Seahawks, Pete Carroll, disclosed on Seattle Sports 710 AM on Monday, October 10th, 2022.

"It's going to take a number of months, so he's going to miss the season. It's really a heartbreaker for a kid that has really bounced back into the limelight of our program and for us and all, and for himself. He's been through such a long haul that it's really just a heartbreaking loss for him. He'd been doing great and everybody could see it and we've been so excited for him. ... It's a really clear surgery process and all that, but it just does take a long time."

Penny, who miraculously enjoyed a break out end of the previous 2021 - 2022 NFL season following a rough and injury - filled beginning to Rashaad’s NFL career, went down with a left leg injury towards the end of a solid rush attempt during the 3rd - quarter of the Seattle Seahawks' 39 - 32 loss to the New Orleans Saints. 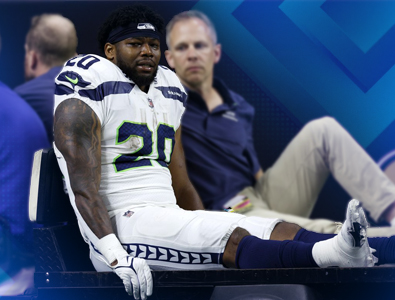 Before leaving the game due to this current injury, Rashaad was able to rush the ball 8 - times that was good for 54 - rushing yards last Sunday afternoon. After Penny went down and was removed from the contest, the Seattle Seahawks rookie 2nd - round pick, Ken Walker, broke free for an explosive 69 - yard touchdown rush that provided the Seattle Seahawks a brief 1 - point lead during the 4th - quarter of their eventual loss to the New Orleans Saints.

The Ups and Downs of Rashaad Penny Lately

Penny's now most recent injury comes following his emergence as one of the National Football League's most productive as well as efficient running backs. Rashaad led the NFL with 671 - rushing yards throughout the last five games of 2021 - 2022 NFL season, which was 208 - yards more than any other running back during that span of time at the end of the last season.

Following a somewhat slow start to the 2022 - 2023 NFL season, Penny had recently detonated for 151 - rushing yards as well as 2 - touchdowns over his 17 - carries last week which just so happened to be in a game performance that was similar to his late - season surge last year.

Prior to that breakout, Rashaad's National Football League career could be summarized by a long list of various injuries that has had sidelined him for extensive periods of time. The former 27th - overall pick in the 2018 NFL draft, Penny has had to miss 30 of a possible 69 total games (including the NFL playoffs) due to several injuries throughout his first 3 - NFL seasons. Some of those injuries included a torn ACL back in 2019 that took him out of the Seattle Seahawks line - up for much of the 2020 - 2021 NFL season.

Penny has openly spoke about how much his injuries have weighed on him over the past few years, saying that he recently returned to the Seattle Seahawks during this past NFL offseason in part because he was feeling like he owed it to the Seattle Seahawks to make up for all of the time that he has missed over the course of past several NFL seasons. The Seattle Seahawks brought Rashaad back this season on a 1 - year contract worth up to approximately $5.75 million, and that deal also included over $5 million in total guaranteed money.

The Available Running Backs for the Seattle Seahawks

With Travis Homer presently on the NFL’s injured reserve (IR) list, with a rib injury, for at least 2 - more games and now that Penny will be out the rest of the season, the Seattle Seahawks are down to Walker as well as DeeJay Dallas at the running back position, so they will most likely have to make another addition there in order to comfortably proceed this year. They will also have to rely on Walker to lead the way rushing the football for now.