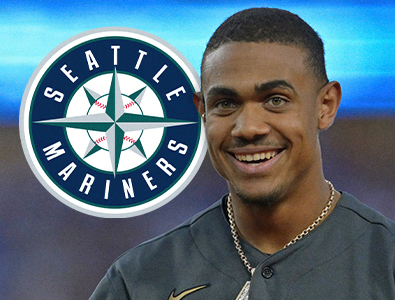 The new and exciting agreement also has the possible potential to pay Rodriguez out at the maximum amount of $470 million. If that were to happen this latest MLB blockbuster deal would become the richest contract in all of American sports history according to the reliable sources over at the good old ESPN.

Rodriguez just signed a new contract extension that the ink may not even be dry on yet, and the deal with the Seattle Mariners is good for 13 - years and it guarantees Julio a minimum of $210 million, but it also includes a signing bonus of $15 million, $210,000,000, and he will now earn an annual average salary of $16,153,846. Throughout the possibility of him taking advantage of the player options as well as all of the incentives Rodriguez stands to come away with $470 million over the course of the upcoming decade or so.

For the 2022 MLB season Julio will generate a base salary of $700,000 while carrying a total salary amount of $700,000. I know that is small potatoes compared to the kind of money he will continuously make over the course of this new extensive contract extension with the up - and - coming American League east ball club of the Seattle Mariners.

The Amazing Come - Up of Julio Rodriguez

Rodriguez is no doubt a powerful, reliable, and fast center fielder who became one of the most exciting players in Major League Baseball when he made the Seattle Mariners' Opening Day team roster. Julio’s vibrant and immeasurable skill set as well as his big personality has ingratiated him to a Seattle, Washington community that hasn't seen the Seattle Mariners make a Major League Baseball playoff run over the course of approximately 2 - decades. 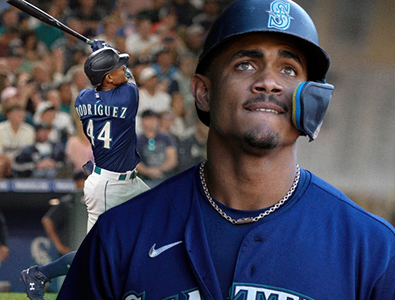 Now that he has an MLB All - Star Game selection under his belt to go along with his epic Home Run Derby performance and a slash line of .269 / .328 / .471 with 20 - home runs as well as 23 - stolen bases, Julio has definitely made a big splash in Major League Baseball so far during this 2022 MLB season especially that the game’s other young big - name superstar in Fernando Tatis Jr. has been injured as well as suspended for the league’s policy on performance enhancing drugs.

Rodriguez initially signed as an amateur ball player out of the Dominican Republic for $1.75 million in July of 2017. Julio was seen by scouts as an average prototypical corner - outfielder who could hit for some power, but what he has developed into, particularly over the last 2 - years, is a truly refined and well - tuned 5 - tool big - league player with some elite speed and the range in center field without sacrificing any of the slugging that remains one of his best attributes at the moment.

The Seattle Mariners broke their spring training camp with Julio out in center field, but he seemed to struggle way back in April of this fully - mature 2022 MLB season as he struck out 30 - times over the duration of 73 - at - bats without even crushing a single home run blast.

Ever since the month of April Julio has been one of the top performing MLB players in all of the majors regardless of year or stature, and he has been the best player on a Seattle Mariners ball club that is presently 68 and 57 and only 2 1 / 2 games in front of the surging Baltimore Orioles for the last available American League wild - card spot.

Rodriguez’s new contract extension, which was initially reported by MLB.com, guarantees him the most money for an MLB baseball player with less than 1 - full year in the big - leagues. The San Diego Padres signed Tatis Jr. to a 14 - year deal worth up to $340 million following just his 2nd – season with their franchise, and last winter the Tampa Bay Rays guaranteed $182 million over 11 – years to their current shortstop in Wander Franco.

Julio is currently sitting in 7th this year in wins above replacement. Provided that he is able to finishes high in MLB MVP voting in future upcoming Major League Baseball seasons, his deal is likelier to resemble that of Fernando Tatis Jr.

Although the 10 - year version of the Seattle Mariners team option would take a very high consistency of MVP finishes for him, the 8 - year version for $280 million fully guarantees Rodriguez a total income of $400 million on the deal, and it is very achievable.

The possible record - setting statue of his $470 million ceiling also has the potential to be surpassed sometime soon. The Los Angeles Angels unbelievable superstar starting pitcher / designated hitter in Shohei Ohtani is almost able to reach his unrestricted free agency period which is set to begin following the 2023 MLB season.

The next year the San Diego Padre’s young superstar and highly - talented outfielder, Juan Soto, who just recently turned down a guaranteed $440 million contract extension from the Washington Nationals prior to them trading him to San Diego to play for the Padres, and he has the possibility of becoming an MLB free agent right after he turns 26 - years - old.