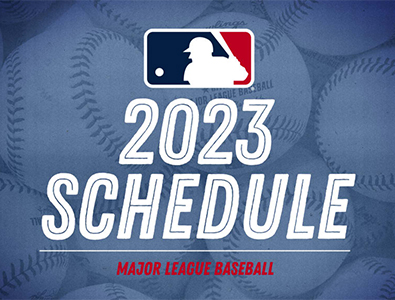 On Wednesday, August 24th, 2022 Major League Baseball released the new balanced 2023 MLB regular season schedule. For the 1st - time in the long, rich, and traditional history of Major League Baseball (in the interleague era) all 30 - MLB ball clubs will play each and every other MLB team during a single regular season. This new scheduling of the 162 baseball games each team will play in 2023 every MLB franchise will play all of their divisional opponents only 13 - times as opposed the usual 19 - times that we are all accustomed to.

The new balanced 2023 Major League Baseball schedule requires every ball club to host a 3 - game series or potentially play a 3 - game series on the road versus every team from the opposite league (American League or National League). Natural rivals such as the Chicago Cubs vs. the Chicago White Sox (crosstown classic) as well as the New York Yankees vs. the New York Mets (subway series), and the Los Angeles Dodgers vs. the Los Angeles Angels will face each other in 4 - games, two times at home as well as two times on the road.

In the past, other than natural rivals such as the some of the ones listed above, teams would participate in interleague match - ups (American League vs. National League), only against a one single division from the opposing league. These changes signify that not every big - league club will visit every city each year, much like the way that the NBA and NHL are scheduled. They're all guaranteed at least one series playing against each team from the other league as never been done before during the modern era of Major League Baseball.

Additionally, all MLB franchises will play 1 - home and 1 -road series consisting of either 3 or 4 - games versus teams from outside their assigned divisions but in the same league (NL or AL). For example, the New York Mets will visit the Milwaukee Brewers during May 3rd, 2023 through May 5th, 2023, while hosting them also for 4 - contests June 26th, 2023 through June 29th, 2023.

"The new balanced schedule will feature all 30 - clubs playing each other for at least one series in 2023," the chief operations & strategy officer of Major League Baseball, Chris Marinak, explained in a recently released public statement. "This new format creates more consistent opponent matchups as clubs compete for postseason berths, particularly in the recently expanded wild card round.”

Marinak goes on to say, "Additionally, this fan - friendly format provides fans with the opportunity to see more opponent matchups, with a particular focus on dramatically expanding our most exciting Interleague matchups, and offers more national exposure to the star players throughout our game."

The 2023 Major League Baseball regular season is currently set to commence on Thursday, March 30th, 2023 and it is scheduled to conclude on Sunday, October 1st, 2023.

Major Highlights of the 2023 MLB Season