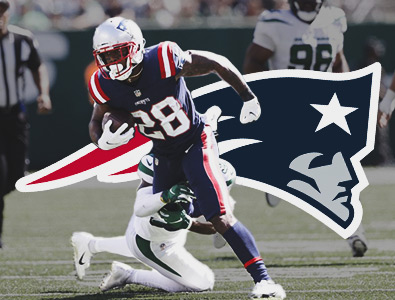 Once in the New England Patriots locker room White was x – rayed, and the results of his examinations determined the injury was severe, and he will most likely require a surgical procedure in order to repair his damaged hip. James will have to sit out the remainder of the young 2021 – 2022 season of the National Football League while he recovers from this devastating hip injury.

Entering the game last Sunday, White was leading the New England Patriots with 12 receptions for 94 - yards. James had 38 - yards on his 10 carries this season. The eight - year veteran of the National Football League, who has played for the New England Patriots for his entire NFL career, began the current 2021 – 2022 NFL season with having the most receptions, receiving yards, and receiving touchdowns by a running back in the National Football League since the year 2015.

Replacing White at the Running Back Position

During White’s assumed long absence from football activities, the New England Patriots will most likely lean on the 9 – year veteran running back, Brandon Bolden, who replaced White after the injury to James on Sunday. Bolden has often placated the role of which is often referred to in the National Football League as a "passing back" where he is usually utilized on passing downs from pass protection blocking as well as catching passes out of the backfield which the New England Patriots and their head coach Bill Belichick are notorious for doing. In the week 3 28 to 13 loss to the New Orleans Saints, Bolden had 3 pass receptions good for 23 - yards as well as 3 carries resulting in a net loss of 1 - yard vs. the New Orleans Saints last weekend. 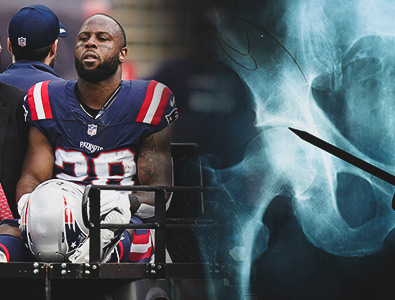 "James is the quiet leader. Obviously not having a guy like that hurts as a team," fellow captain of James White and the New England Patriots free safety Devin McCourty explained to the sports media world on Wednesday, September 29th, 2021. "He had gotten off to a great start, and you just hate to see the long road to recovery that comes with being injured, but he's one of the toughest people I've been around. I know he'll bounce back."

The now 5 – foot 11 – inch and 205 – pound running back was born and raised in Fort Lauderdale, Florida. He attended St. Thomas Aquinas High School where he excelled at both football and baseball. White unbelievably had to split carries on the football field with another NFL running back, Giovani Bernard, who is currently still playing in the National Football League with the Tampa Bay Buccaneers.

Over the course of White’s 8 – year NFL career while playing football for the New England Patriots James has racked up 1278 – yards on 319 rush attempts as well as scoring 11 rushing touchdowns. That is good for a 4.0 yards per carry which is respectable in today’s NFL. He has also pulled in 381 receptions for a total of 3278 receiving yards and 25 touchdown receptions as well. His absence will definitely be missed by the New England Patriots during the course of their 2021 – 2022 NFL campaign.

Throughout White’s NCAA college football career at the University of Wisconsin as well as in National Football League with the New England Patriots he has accomplished some amazing feats. White’s football career achievements, honors, and awards include becoming a 3 – time Super Bowl Champion (XLIX, LI, LIII), 2 – time NFL Pro Bowl selection (2010, 2016), named to the NFL’s Second - Team All - Pro (2010, 2013, 2016), PFF 2010's All - Decade Team (2nd.), he was named to the New England Patriots 2010’s All - Decade Team, and he was named to the First - Team All - Big East way back in 2009.