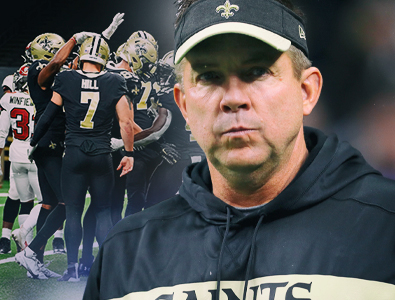 On Tuesday, January 25th, 2022 the former head coach of the New Orleans Saints, Sean Payton, made a public announcement regarding his well – thought - out decision to move on from coaching right now. Payton said he is unsure what he will begin to pursue now that he is at the very least taking a break from the life of being a head coach in the National Football League. Sean was the head coach of the New Orleans Saints from 2006 up until 2021 (16 – years) as he did state several times that, "Retirement is not the right word."

The 58 – year – old former NFL quarterback as well as NFL coach claimed he doesn't see himself coaching another team in the National Football League for the 2022 – 2023 NFL season as he said, "That's not where my heart is right now." Due to the fact that Payton still has 3 – years left on his current contract with the New Orleans Saints they would need to make a trade agreement in order for him to coach another NFL team.

Although Sean is confident that he wants to step away from coaching football right now, he did not dismiss a possible return to coaching football again at some point down the road. Payton mentioned that he would be interested in potentially pursuing a TV broadcasting analyst job, but he claimed that his agent and him have not pursued that avenue yet at the moment.

Sean revealed that he had been contemplating this departure from coaching all the way back to last season’s training camp before coming to the realization that was what he wanted at this point in his life. He also disclosed that the owner of the New Orleans Saints Gayle Benson, the general manager Mickey Loomis, and their team president Dennis Lauscha all valiantly attempted to talk him out of making that decision last year. Payton thanked Benson for supporting his ultimate decision as Benson advised Sean to go take a vacation for the last couple of weeks prior to making a final decision on this matter.

Payton reverted back to Allen by name on occasion during his press conference as a good choice for the New Orleans Saints, but Sean denied that the New Orleans Saints and himself never entertained the idea of a plan where Payton may come back to coach again following a 1 – year break from coaching. 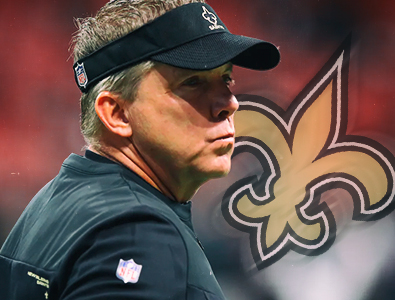 Payton is tied for the 21st spot in NFL history with 152 career wins. His overall NFL career record is 152 - 89 (.631 winning percentage) as the head coach of the New Orleans Saints. Sean’s NFL playoffs record is a modest 9 and 8.

Payton's really long career as a head coach in New Orleans with the Saints is quite a rare situation in the NFL today. Only the New England Patriots' Bill Belichick has been with his current NFL franchise as the head coach longer. Also, Sean had 4 – NFL seasons of 11 – plus victories during his 2nd - decade with the New Orleans Saints. Just 3 other coaches have accomplished that during the Super Bowl era of the National Football League. Those coaches are Bill Belichick with 10, Tom Landry with 8, and Don Shula with 6.

"I don't know what's next -- and it kind of feels good," the former head coach of the New Orleans Saints, Sean Payton, expressed. "But, man, I felt like it was time. ... But not with any regret. There's some excitement, like, 'All right, what's next?'"

"It really is a bittersweet day. I feel like he deserves this," the owner of the New Orleans Saints Gayle Benson stated. "I think we're gonna do a great job in choosing another person that's going to be able to lead us the way that Sean did."

Payton goes on to say, "In fairness to Dennis, who's a great candidate in the building, or any other coach that possibly would be hired, there's no half - in in this game. We talk all the time about leaving a place better than when you got there to begin with. And it's not finished [here]." 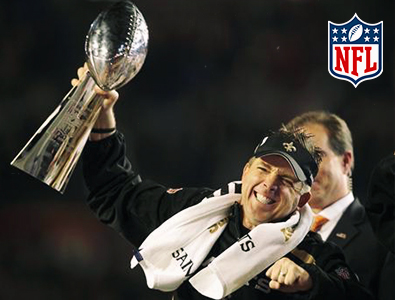