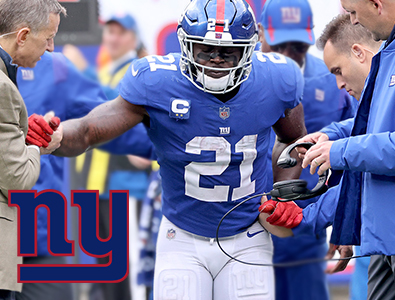 Peppers actually ruptured the ACL in his right knee during the 3rd - quarter of the New York Giants’ booming victory over the Carolina Panthers last Sunday. Jabrill also endured a high - ankle sprain last weekend, and he was placed on injured reserve list.

Jabrill is unbelievably now the 3rd New York Giants captain to land on the injured reserve list with a season - ending injury this year. Peppers now joins the New York Giants offensive lineman, Nick Gates, and their middle - linebacker Blake Martinez. Another one of the New York Giants’ captains in running back, Saquon Barkley, has also missed a couple of games as the team has been ultimately devastated by major injuries over the course of the last several weeks of games in the National Football League.

This is perhaps the worst possible way that Jabrill could have imagined that his NFL career with the New York Giants would come to an end. Peppers was playing the 2021 – 2022 NFL season on a 5th year option in correlation with his original rookie contract, and Jabrill is currently scheduled to become an NFL free agent at the end of this season.

The now 26 – year – old Peppers has recorded 30 tackles and a sack so far this year before it abruptly came to an end last Sunday, October 24th, 2021 against the Carolina Panthers. Jabrill was forced to miss a couple of games due to a hamstring injury, and Peppers had seen his playing time as well as his defensive role with the New York Giants drastically decline this year. Jabrill has presently fallen behind both the veteran Logan Ryan as well as the New York Giants’ 2nd - year player in Xavier McKinney in their safety rotation. 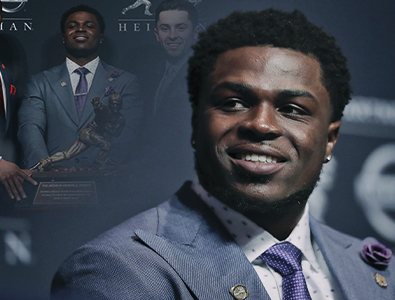 The New York Giants acquired Peppers along with 1st and 3rd - round draft picks back in 2019 via a trade that sent the former New York Giants superstar wide receiver, Odell Beckham Jr., to the Cleveland Browns. His time with the New York “Football” Giants has been marred by various injuries which eventually ended up totaling 17 missed games over the course of 3 years.

Peppers, who is a native of New Jersey, was the 25th overall selection of the Cleveland Browns in the 1st - round of the 2017 NFL Draft. Jabrill played his NCAA college football at the University of Michigan where he had a fucking unbelievable 2016 – 20217 college football season as Peppers racked - up all sorts of awards, honors, and records that year.

"I know the game means a lot to Pep," coach Joe Judge said on Monday. "He's a tremendous leader on this team and brings a lot to us in terms of production and just leadership on the field."