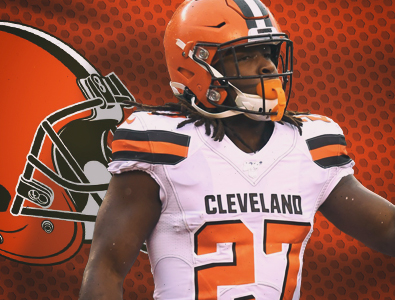 On Monday, October 18th, 2021 the Cleveland Browns announced that their star veteran running back, Kareem Hunt, will most likely have to miss several weeks of football activities in order to recover from a calf injury that he suffered last Sunday during a game against the Arizona Cardinals. Hunt had to be helped off of the football field as he endured this somewhat severe calf injury during the Cleveland Browns’ 37 to 14 loss to the Arizona Cardinals last weekend.

Hunt was the rushing champion of the NFL back in 2017 while playing for the Kansas City Chiefs. Kareem has rushed for 361 - yards as well as 5 - touchdowns this season, and he has averaged an impressive 5.2 yards per attempt too. In the Cleveland Browns passing game, Hunt has pulled in 20 – receptions which were good for 161 receiving yards also.

Replacing Hunt and Possibly Chubb at Running Back

If Chubb is ultimately ruled out for this Thursday night’s game against the Denver Broncos, the Cleveland Browns will most likely have to rely on their relatively inexperienced running back, D'Ernest Johnson, as well as their rookie running back, Demetric Felton.

Other Major Injuries for the Cleveland Browns

In addition to the injuries to Hunt and Chubb the Cleveland Browns will be without their rookie linebacker Jeremiah Owusu - Koramoah for weeks due to the ankle injury he endured last Sunday, October 17th, 2021. Owusu – Koramoah was a second - round draft pick out of Notre Dame who has been a starter and play maker all season for the Cleveland Browns. He was a beast and had 8 - tackles last weekend against the Arizona Cardinals.

It was also just announced by the Cleveland Brown that their starting quarterback, Baker Mayfield, will not be able to play in this week’s Thursday Night Football game vs. the Denver Broncos due to a torn labrum in his left, non – throwing, shoulder. Case Keenum will get the go ahead to start at quarterback for the injured Mayfield and the Cleveland Browns as they play the Denver Broncos this Thursday, October 21st, 2021 from First Energy Stadium located in Cleveland, Ohio. 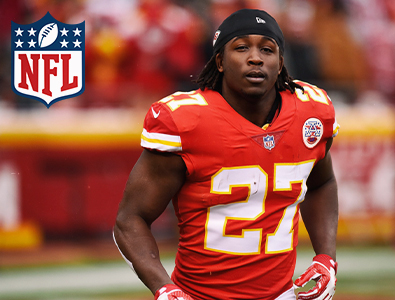 "Hopefully not much longer than that, but we will see," the head coach of the Cleveland Browns, Kevin Stefanski, replied when asked about Kareem Hunt’s recent calf injury. Stefanski goes on to say he is, "Not ruling out (Nick Chubb)" from playing in their upcoming Thursday Night Football game versus the Denver Broncos. "He's progressing," Stefanski confirmed.