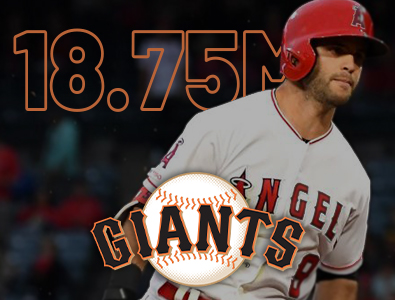 La Stella’s new three year $18.75 million deal with the San Francisco Giants includes all $18.75 million in guaranteed money. Although Tommy will average $6.25 million per baseball season, his contract is extremely back loaded. He is now currently scheduled to receive $2 million for the 2021 MLB season, $5.25 for the 2022 MLB season, and $11.5 million for the 2023 MLB season. This agreement does not include a signing bonus or any incentives either. La Stella is now on tract to become an unrestricted free agent once again prior to the 2024 MLB campaign.

The hard playing utility infielder was born in Westwood, New Jersey, and Tommy attended Saint Joseph Regional High School in Montvale, New Jersey where he excelled at baseball. Even though La Stella was a stand out on the baseball diamond he quit playing ball after his junior year due to being burnt out. He enrolled at St. John’s University for his freshman year of college where he played baseball for the St. John’s Red Storm. Tommy then decided to transfer to Coastal Carolina University to play college baseball for the Chanticleers from 2010 – 2011.

Since 2016 La Stella bounced around from the Los Angeles Angels to the Oakland Athletics to now the San Francisco Giants. Over the course of his 7 year Major League Baseball career he has batted for an average of .274, hit 31 home runs, and drove in 163 RBI’s. According to ESPN, “La Stella batted .281 last season between the Angels and A's with five home runs, 14 doubles and two triples. His .370 on-base percentage helped make him one of the hardest players to strike out among qualified players with just 12 K's in 228 plate appearances.” This is one of the main reasons why the San Francisco Giants wanted to sign him to his first big time MLB contract. 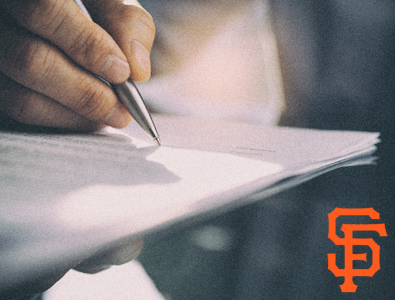 "San Francisco is where I wanted to be, so I'm very relieved we were able to get it done," says Tommy La Stella. "The third year was important. I felt like wherever I went, I wanted to be able to be there for a few years and to be a part of something."

"Obviously, I know the guys in Oakland really well," the San Francisco Giants' president of baseball operations Farhan Zaidi explained. "Talked to them during the year -- they were thrilled to get him in the trade that they made and I heard how excited they were about the job he did with them, less once the season was over and he was a free agent. And at that point, it's not an appropriate conversation to have."

"Tommy has a rare offensive profile. The combination of excellent plate discipline and contact skills and some power is one we value," the manager of the San Francisco Giants Gabe Kapler stated via a text message. "Tommy was obviously a key piece of Oakland's run last year, and between the Angels and A's, we saw the competitiveness up close. What people may not know is how Tommy constantly looks for the best way for him to get to and stay at his personal peak performance level. It's as good as any player out there. His attention to detail has put him in this sought-after position."

Zaidi goes on to say, "Very thankful that it was something Tommy was willing to do and speaks to not just his generous nature but his commitment to being part of this community."

"I've spent an unhealthy amount of time just staring at his 27-walk-to-12-strikeout ratio from last year. That probably says more about me than him, although it does say a lot about him."

"I feel and I think, organizationally, we feel like there are benefits to this kind of plate discipline and at-bat quality that go beyond the player's stat line," Zaidi proclaimed. "It makes it difficult for the pitcher, you can get starting pitchers out of the game sooner, the guy on deck gets to see more pitches, all of those things, the ability to grind out at-bats, just lifts the entire offense. That's one reason we've been attracted to these kinds of guys and want to create that kind of offensive culture."