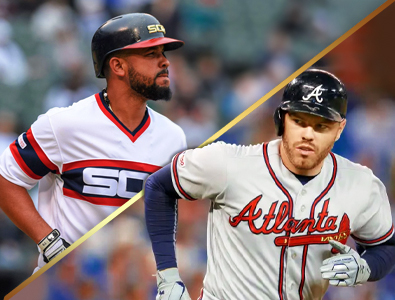 Now that the 2020 shortened Major League Baseball season has concluded the league has awarded the best players and managers for their excellence over the last year in one of America’s favorite past times. Jose Abreu of the Chicago White Sox won the Most Valuable Player Award in the American League, and Freddie Freeman of the Atlanta Braves won the MVP award of the National League.

The clean up slugger for the Chicago White Sox, Jose Abreu, had a monumental baseball season at the plate in 2020. Not only did he put up incredible offensive numbers over the last several months, but he helped lead the Chicago White Sox to the MLB postseason for the first time in 12 years.

The big righty led Major League Baseball with 60 runs batted in and 148 total bases over the course of the shortened 2020 MLB season. Abreu led the American League in hits with 76 as well as slugging percentage by slugging .617. Jose finished the year with a batting average of .317, 19 home runs, and the longest hitting streak in the big leagues as he hit safely in 22 consecutive games. The power hitting Cuban is the best player on the young and talented Chicago White Sox ball club, and I’m sure he is looking forward to making some more deep playoff runs in the future with the Chicago Southsiders.

The first baseman for the Atlanta Braves, Freddie Freeman, was the winner of the MVP award for the National League in 2020. The long and lean power hitter originally from Orange County, California bats lefty, but fields and throws right handed. He had an amazing season this past year and he helped lead his young and dangerous team to a single win away from the World Series in 2020.

Throughout the 2020 Major League Baseball season, Freeman batted .341, he blasted 13 home runs, and scored runs with his 53 total RBI’s. Freddie led the big leagues with 23 doubles as well as 51 total runs. Currently Freeman only has one year remaining on his eight year $135,000,000 contract with the Atlanta Braves which will make him an unrestricted free agent following the 2021 MLB season. Look for the Braves to extend his agreement to keep him in Atlanta for the upcoming several years as the Atlanta Braves are extremely close to winning a World Series soon as long as they remain healthy and keep their core roster intact.

"That was a very special moment,'' Abreu relayed through his interpreter.

"It wasn't the way I wanted to start, with COVID," the Atlanta Braves first baseman Freddie Freeman explained. "I was able to beat it."

"It's just time. It really is time for the name to be removed," Freeman proclaimed.