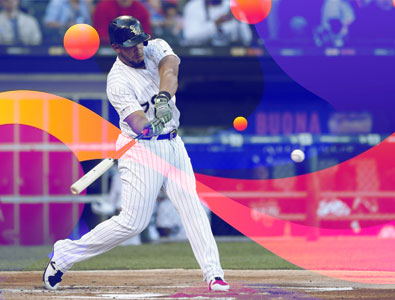 The Chicago White Sox are truly demonstrating their desire to invest in a better on-the-field product in order to become more competitive and create a winning culture on the south side of the city. Today they announced they have agreed to terms on a 3-year, $50 million contract extension for their big slugger, first baseman, and occasionally their designated hitter, Jose Abreu.

In the six seasons playing with the Chicago White Sox, Abreu has been named to the American League All Star Team in three of those years. In 2019 the Cuban born superstar led the AL in runs batted in with an incredible 123 RBI’s. He hit a respectable .284 to go along with his 33 loud home runs.

Reportedly Abreu signed a 1-year deal $17.8 million qualifying offer in order to forego free agency and ensure himself that he would remain in Chicago with Rickey Renteria and the White Sox. The White Sox wanted to demonstrate to their most valuable player their commitment to him and the organization as a whole. Teams like the Philadelphia Phillies just recently did this by throwing Bryce Harper over $300 million in hopes of bringing World Series titles back to the city of brotherly love.

Just a few days ago the White Sox signed all star switch hitting catcher, Yasmani Grandal, to a monster 4-year, $73 million agreement. Over the past decade or so, the White Sox have usually only provided one big name player such as Chris Sale a large contract to try and fill the seats without surrounding them with the talent it takes to win in today’s Major League Baseball environment.

The Breakdown of Abreu’s Contract Extension

The new agreement includes a $5 million signing bonus in addition to his 2020 salary of $11 million. Then his contract ramps up to $16 million for the 2021 MLB season. Then Abreu is scheduled to receive $18 million in 2022. The stipulations of his deal blankets the big guy with the security of a full no trade clause this upcoming year as well as a limited no trade clause the following MLB season. The Chicago White Sox are deferring $4 million of his 2022 salary in equivalent installments in each July from 2023 through 2026.

Both Jose Abreu and Yasmani Grandal have incentives to hit which would richly reward them. The goals for these incentives include AL MVP, World Series MVP, League Championship Series MVP, All Star Team selection, Gold Glove Award winner, and Silver Slugger Award winner. The payouts range for an additional $15,000.00 to $100,000.00. Although these are hard to accomplish achievements the Chicago White Sox are willing to spend the money in attempt to once again bring a winning team back to the south side of Chicago.

"This is a dream come true for me and my family," Abreu stated. "To the fans, I told you I would come back. I never doubted it. Everybody knows the group of talented players that we have, and I want to help guide them and together make the Chicago White Sox a championship team."

"I always look at [Derek] Jeter's story and I look at Mariano [Rivera]'s story, who played their whole career with one team. I haven't been here that many years, but I want it to be that way for me, with the Chicago White Sox. That's why I say if they don't sign me, I'll sign myself. I'll play for free," Abreu explained.

"From the moment he stepped into the major leagues, Jose Abreu has been a leader on the field and in the clubhouse," says the Chicago White Sox general manager Rick Hahn. "He has consistently delivered run production at a historic pace, and with each passing season, his leadership role within our clubhouse -- with both American-born and Latin-American players -- has repeatedly grown. It's certainly no surprise that both Jose and the White Sox were comfortable with a multiyear commitment moving forward."