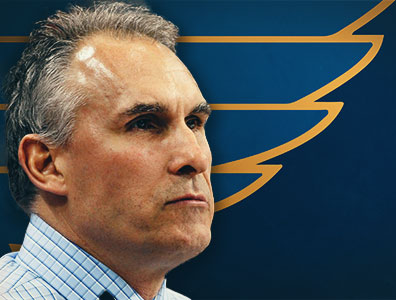 On Tuesday, June 25th, 2019 the Saint Louis Blues and interim head coach, Craig Berube, agree to terms on a three-year contract to become the head coach of the St. Louis Blues NHL hockey team. Finally, he can drop the word interim from his job title.

The exact terms of the deal have yet to be released, but it was only a matter of time before this happened. The Saint Louis Blues just won the National Hockey League Stanley Cup Finals to become world champions for the first time in franchise history.

Last season the Blues got off to a very rough start. They were 7-9-3 after only 19 games into the NHL season. Mike Yeo was fired at that point as Saint Louis had much higher expectations for their hockey team. Craig Berube was named as the interim head coach to take over for Yeo. Change didn’t happen overnight, but the Blues were on their way to a very magical year in the world of professional hockey.

By the time it was early January of 2019 the Saint Louis Blues were in last place as they had the worst record in the NHL, but they refused to give up on the season. From New Year’s Day to the last game of the regular season the Blues went 30-10-5. They fought hard and won their way back into a playoff spot by the time the regular season came to an end. This took a lot of hard work, dedication, effort, and focus.

After a strong start from the Sharks, Saint Louis came back to win the series 4-2 placing them in the 2019 Stanley Cup Finals against the Boston Bruins. Boston also looked quite strong as the series began, but as they did all season long the St. Louis Blues persevered and played well enough to win force a game 7. The Blues won game 7 uncontested to win their first NHL Stanley Cup in franchise history. This monumental comeback of a season cemented Craig Berube as an immediate NHL legend in Saint Louis, Missouri.

"Craig made an enormous impact on our team when he took over last November," general manager of the Saint Louis Blues, Doug Armstrong, explained in a statement. "He restored our identity and provided our players with a clear sense of direction and purpose. The chemistry and trust that he developed with our players was integral in bringing our franchise the 2019 Stanley Cup."

"This is a proud day for me and my family," says Berube. "I have a tremendous amount of respect for this team and this organization and the city of St. Louis has embraced me as one of their own. This past season was the experience of a lifetime and I'm anxious to get started on our title defense."