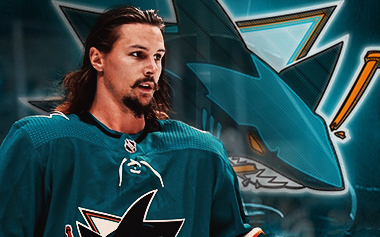 On Monday, June 17th, 2019 the San Jose Sharks signed free agent star defenseman, Erik Karlsson, to a huge 8 year contract worth $92 million. That breaks down to $11.5 million per year. He is now the NHL’s highest paid defenseman taking that spot from the Los Angeles King’s star, Drew Doughty, who signed an 8 year $88 million contract last offseason.

The Sharks picked up Karlsson last September from the Ottawa Senators. The Senators received a 2nd round draft pick due to him resigning with San Jose. Since his NHL career began in 2009, he has the most points by a defenseman. His teammate, Brent Burns, is right behind him on that list followed by Keith Yandle of the Florida Panthers.

The Sharks had a great 2019 postseason. They beat the Las Vegas Golden Knights in a game 7 overtime to get out of the first round. In the second round they beat the Colorado Avalanche in 7 games as well to move on. In the third round they ran into the Saint Louis Blues who were red hot and ended up losing that series in 6 games. The Blues went on to win the Stanley Cup Finals and win their first NHL Championship.

"We are extremely pleased that Erik and his wife Melinda have committed to the San Jose Sharks and that they have done so prior to July 1," Doug Wilson, the Shark’s general manager, explained. "Players with Erik's elite level of talent are rare and when they become available, it's important to be aggressive in pursuing them. He is a difference maker who consistently makes the players around him better. We are pleased that he has been proactive in addressing his injury from last season and are looking forward to him being part of our organization for a long time to come."

"I'm super excited to continue my journey with the Sharks," says Karlsson. "Since my first day here, I have only good things to say about the people, organization and the fans. The entire Bay Area has been extremely welcoming to me and my family. I appreciate that and we can't wait to spend the next eight years in San Jose.

"As far as hockey goes, I'm excited to continue the chase for the ultimate prize: the Stanley Cup. Last year was an unbelievable run but we didn't achieve what we set out to do. But the dedication I witnessed from my teammates, coaches, staff and organization showed me that we all have a great future ahead of us, and that we are capable of fighting for that championship year in and year out."