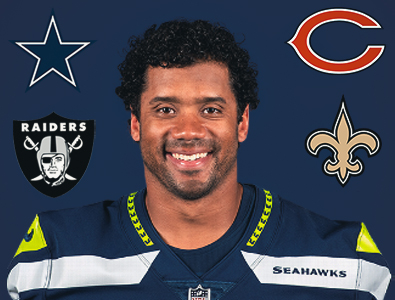 It has been made abundantly clear that the Seattle Seahawks’ veteran superstar starting quarterback, Russell Wilson, is absolutely frustrated with his organization for multiple reasons. Wilson’s agent, Mark Rodgers, expressed to the national sports media outlets this week that Russell is not demanding a trade, but he has listed 4 other NFL franchises that he would consider playing for if things do not work out for him in Seattle with the Seahawks.

The four football teams that were mentioned include the Chicago Bears, the New Orleans Saints, the Dallas Cowboys, and the Las Vegas Raiders. I strongly believe that all four of those franchises would love to welcome Wilson to their roster if he becomes more disgruntled and wants to be moved to another team.

There are various grievances that Wilson has publicly revealed consist of both on and off the field issues resulting in tension between Russell and particular members of the organization such as coaches, front office executive management, and other players. One of Wilson’s major concerns involves the ratio of run to pass plays called for the offensive unit that Russell runs on the field. Wilson believes that the Seattle Seahawks should be passing more often whereas his head coach, Pete Carroll, prefers to run the ball at a higher rate.

Another large complaint from Wilson is that he is getting hit too often, and that he is not being well protected while on the field. Although the Seattle Seahawks experienced several consequential injuries to some of their core offensive lineman, Russell is highly irritated that his franchise is not focusing on protecting their investment in him and bringing in players that can keep him cleaner in the pocket. This would most likely enable Wilson to have a longer and more productive career as a quarterback in the National Football League.

Finally, Wilson has expressed his displeasure regarding him not being more influential and involved in the personnel decisions made for the Seattle Seahawks. It is no secret that high profile franchise quarterbacks have a strong say in the personnel both on and off the field that their team decides to employ. Russell would like to have more control over the team that he is responsible for leading. These multiple problematic issues better be addressed by the Seattle Seahawks before they find themselves like the Houston Texans where their superstar quarterback, DeShawn Watkins, is demanding a trade and refuses to play for that team moving forward. 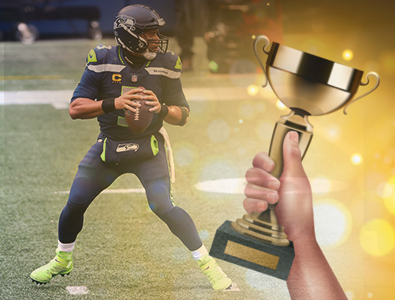 Holding all the Power and Leverage

Due to the fact that Wilson recently signed a huge long – term contract with the Seattle Seahawks that includes two very important key components providing Russell with most of the leverage and power in this situation. The first being all the guaranteed money that they have tied up in his contract which ensures that Wilson will be paid whether he is with the team, traded or released.

The other main contributor that gives Russell the upper hand over the Seattle Seahawks is that his contractual agreement includes a no trade clause. So, unless Wilson waives the no trade clause and asks for a trade the Seahawks cannot send him to another football team. Hopefully for both Wilson and the Seattle Seahawks they will resolve these issues and concerns as the franchise moves forward in attempting to win another Super Bowl championship.

According to Intertops sportsbook these are the odds to win Super Bowl LVI as of Thursday, February 25th, 2021. These odds for multiple teams would shift greatly if for any reason Russell Wilson decided to waive his no trade clause and join another NFL franchise.