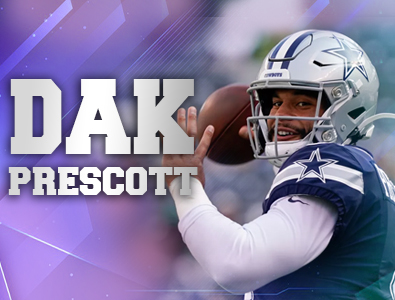 On Wednesday, March 18th, 2020 the Dallas Cowboys decided to place the franchise tag on their young superstar quarterback, Dak Prescott. On Monday, June 22nd Prescott went ahead and signed his franchise tender which ensures that he will earn $31.4 million for the 2020 – 2021 season of the National Football League. Dak and the Dallas Cowboys have until Wednesday, July 15th, 2020 to come to an agreement on a long term contract for him as of the best young quarterbacks in the NFL at the moment.

Now that Dak has signed his franchise tender he is now contractually required to report to the Dallas Cowboys’ training camp on time. So even if a long term deal is not reached between Prescott and the Dallas Cowboys prior to the July 15th, 2020 deadline their quarterback does not have the option to hold out without forfeiting his lucrative $31.4 million salary for the 2020 – 2021 NFL season.

The Incentive for Signing a Long Term Contract

Now there is heavy pressure on the Dallas Cowboys to work out and sign Prescott to a long term agreement with their organization. Dak will now be one of the highest paid players in the National Football League this year, and there is a possibility that his franchise tender for next season could increase by a potential 20%. This would correspond with a $37.7 million franchise tag for the 2021 – 2022 NFL season for Dak as well as the Dallas Cowboys having to come under a flat or even lower salary cap for next year resulting from lost revenue this season due to the coronavirus. With this being said it may be wise for the Dallas Cowboys to sign Prescott to a long term contract before the July 15th, 2020 deadline.

The Current Deal on the Table

It has been reported that earlier this offseason the Dallas Cowboys have offered Prescott a huge contract that would currently make him the second highest paid quarterback in the NFL. At the moment the highest paid quarterback is Russell Wilson of the Seattle Seahawks who is scheduled to earn $35 million per season. Right now, the second highest paid QB in the NFL is Jared Goff of the Los Angeles Rams who is set to make $33.5 million annually. Both Wilson’s and Goff’s deals include approximately $110 million in guaranteed money as well. This would mean that Dak’s current long term offer would pay him somewhere in between $33.5 million and $35 million per year.

The most recent contract offer that the Dallas Cowboys have presented to Prescott is reportedly for five years, and Dak is looking for a slightly shorter length of the deal like a four year agreement that would put him back on the market a little sooner. There are some unknown factors that the two sides may be negotiating such as how much of a signing bonus will Prescott receive as well as how much guaranteed money will be involved in the long term contract. 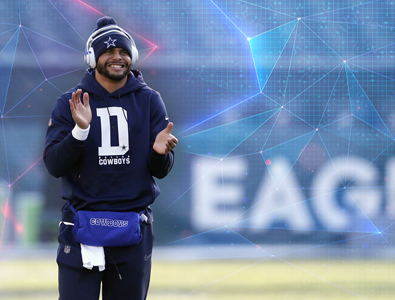 "I don't have a time frame," says the owner of the Dallas Cowboys Jerry Jones. "It's not in a list of priorities as you could imagine with everything that we all are dealing with as well as what we're doing with the draft. I don't have the time frame, but I'm not concerned about that at all as to any of those issues. Again, no surprises here. No surprise on the amount that the franchise counts against the [cap], and no surprise we're sitting here relative to where we are without a long-term agreement."

Pro Football Talk tweeted: “There's a CBA loophole that could set the stage for a franchise-tender fight over whether the Cowboys owe Dak Prescott $31.62 million or $28.55 million in 2020”

Joel Corry tweeted: “I wouldn't be so sure about a decrease in Dak Prescott's exclusive franchise tag number. Kirk Cousins & Ben Roethlisberger's renegotiations needed to occur before Dallas placed the designation on him for his number to drop. It's going to come down to the timing of those events.”

“Absolutely not,” the Dallas Cowboys executive vice president Stephen Jones replied. “Dak’s our quarterback for the future. Obviously, this hasn’t been the easiest thing. As Jerry [Jones] says, ‘As money gets bigger, deals get harder.’ Certainly, we’re talking a significant amount of money here which he so deserves. Absolutely not. Dak’s going to be our quarterback this year. He’s our quarterback for the future. We think the world of him. He represents our franchise in a very positive way in terms of what we want as a leader of our team. He’s just an outstanding man, and we would never rescind the franchise tag.”

“My mindset is, I’m going to try to be the biggest asset to this team, try to help out this offense, help out Dak, help out everybody as much as I can,” the Dallas Cowboys back up quarterback Andy Dalton explained. “It’s a different perspective for me, since I’ve been a starter the last nine years, but I understand the position I’m coming into and the role I’m going to play.”

“The Cowboys should [sign him], but if you go look at the roster and you look at the history of the NFL, five-year contract trends have dwindled,” Choppy goes on to say. “The league is trending away from the five-year deal. If you go look at the Cowboys’ roster, their guys they signed are all on five-, six-, seven-year contracts. They have like six or seven guys right now on five-plus-year contracts. They want five-year deals. They’re very good with the cap. I’ll give them that. The Cowboys are very good when it comes to managing their cap. Part of that is they have five years with these guys to be able to manipulate the numbers back and forth. That’s why the Cowboys are dead-set, I believe, on wanting five years. It gives them a little bit of flexibility and leeway to be able to manipulate the cap so they don’t come into cap problems.”

“Absolutely not,” Jones responded. “Dak’s our quarterback for the future. Obviously, this hasn’t been the easiest thing. As Jerry says, ‘As money gets bigger, deals get harder.’ Certainly, we’re talking a significant amount of money here which he so deserves. Absolutely not. Dak’s going to be our quarterback this year. He’s our quarterback for the future. We think the world of him. He represents our franchise in a very positive way in terms of what we want as a leader of our team. He’s just an outstanding man, and we would never rescind the franchise tag.”

"Definitely,'' the Dallas Cowboys head coach Mike McCarthy reaffirms. "It's exactly where we want to be with Dak. I think what he's done to this point speaks for itself. Dak is in a business situation right now. I've gone through this as a head coach with a number of my players in the past and, like anything, I think it's just time to be patient and let the business people work out the business matter."

“We want to get this done,” Jones said. “Things are fixing to heat up. We want to put every foot forward and try to grind this out and get a deal done.”

"Their problem is the second year because this salary cap is going to crash unless there's an intermediate deal. They would have to gut their team to keep him then. So there's even more incentive for the Cowboys to do a long-term deal with Dak because of the coronavirus and where the cap might be next year."