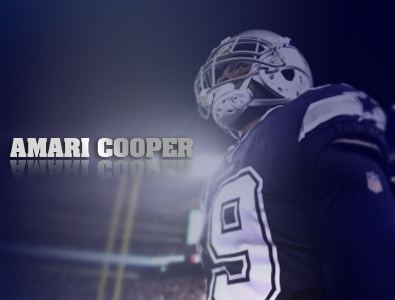 As the new year of the National Football League began the second week of March 2020, the Dallas Cowboys signed their most talented wide receiver, Amari Cooper, prior to him entering free agency. The Cowboys and Cooper agreed on a five year contract worth up to $100 million. The new deal includes $60 million in total guaranteed money involving a $10 million signing bonus. This contract pays Cooper a salary of $20 million annually.

Cooper is now the second-qhighest paid wide receiver in the National Football League behind only Julio Jones of the Atlanta Falcons. Jones makes $22 million per season. The Dallas Cowboys also have Ezekiel Elliott under contract, and he is the highest paid running back in the league after Jerry Jones and the Cowboys signed him to a huge new deal prior to the 2019 – 2020 NFL season.

Quarterback of the Dallas Cowboys

Now that the Cowboys have locked up their superstar running back (Ezekiel Elliott) and wide receiver (Amari Cooper) to big deals, the only other piece of their core skill positions that they need to sign is their starting quarterback, Dak Prescott. The Cowboys chose to place the franchise tag on Prescott for the upcoming 2020 – 2021 NFL season.

Although Dallas has until July 15th, 2020 to sign the great young quarterback to a multiyear contract, but if not Prescott will make $30 to $33 million just for one year under the franchise tag. The Cowboys have stated they are going back to negotiating with Dak Prescott after previous negotiations had stalled or failed. Especially now that there is nothing else to do at this time in sports with the coronavirus halting all professional sports in the United State of America. 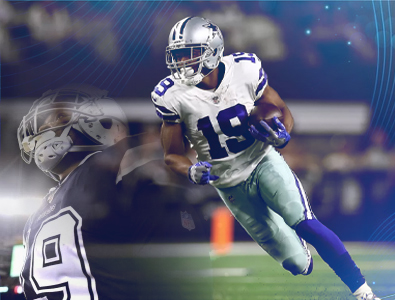 The first move the Dallas Cowboys made this NFL offseason was firing their previous head coach, Jason Garrett, and they hired former Green Bay Packers head coach, Mike McCarthy. Now that Dallas has most of their major pieces of their roster put together, we will see how the Cowboys perform throughout the 2020 – 2021 NFL season. Last year they underperformed as they missed the playoffs even while playing in the weakest division of the NFC. They watched their rivals in the Philadelphia Eagles make the NFL postseason.

"Definitely," says the Dallas Cowboys head coach Mike McCarthy. "It's exactly where we want to be with Dak. I think what he's done to this point speaks for itself. Dak is in a business situation right now. I've gone through this as a head coach with a number of my players in the past and, like anything, I think it's just time to be patient and let the business people work out the business matter."

“We want to get this done,” the Dallas Cowboys Owner Jerry Jones explained. “Things are fixing to heat up. We want to put every foot forward and try to grind this out and get a deal done.”