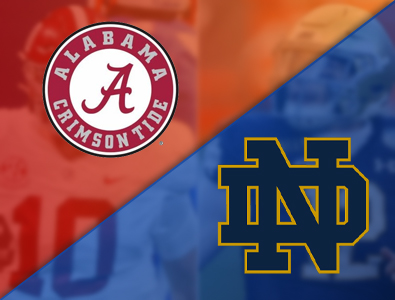 The 2020 NCAA College Football Playoff Semifinals kick off on New Year’s Day when the number 1 ranked University of Alabama Crimson Tide faces off against the number 4 ranked University of Notre Dame Fighting Irish in the Rose Bowl. The winner of this game will advance to the NCAA College Football Playoff National Championship game, and they will play the winner of the other CFP Semifinal match up between the Ohio State University Buckeyes and the Clemson University Tigers in Miami on Monday, January 11th, 2021.

Contextual Details of the Rose Bowl

The 2020 College Football Playoff Semifinal at the Rose Bowl game is presented by Capital One. The much anticipated gridiron battle will take place on Friday, January 1st, 2021 at 4:00 ET. This contest between the Alabama Crimson Tide (#1) and the Notre Dame Fighting Irish (#4) will take place from AT&T Stadium located in Arlington, Texas which is the home of the NFL’s Dallas Cowboys. The game will be nationally televised by ESPN, or it can be streamed through the ESPN App.

Analysis and Breakdown of the Rose Bowl

The Alabama Crimson Tide has been at the top of the NCAA college football landscape ever since Nick Saban took over as their head coach prior to the 2007 season, and this year was no different as the Crimson Tide dominated once again finishing the regular season with a record of 11 and 0. “Bama” destroyed their competition in the SEC as they became the first football team in league history to post a record of 10 wins and 0 loses against conference opponents.

On the other hand, this was an extremely unusual college football season for the Notre Dame Fighting Irish as they joined the ACC under the status of being considered a temporary member due to the uncertain scheduling conflicts due to the Covid – 19 pandemic. This was the first season over the course of Notre Dame’s 114 year college football history that they affiliated with a NCAA conference instead of playing as an independent.

The Fighting Irish went 10 and 1 over the current college football season which included a win over the number 2 ranked team in the Clemson Tigers. The last time Alabama and Notre Dame faced each other in a football game was in the BCS National Championship game back in January of 2013. In that one sided affair the Crimson Tide absolutely destroyed the Irish with a final score of 42 to 14. Hopefully this time around Notre Dame will be better prepared to put up one hell of a fight to at least make this game interesting as Alabama is heavily favored in this Rose Bowl with their star studded roster and currently undefeated season on the line. 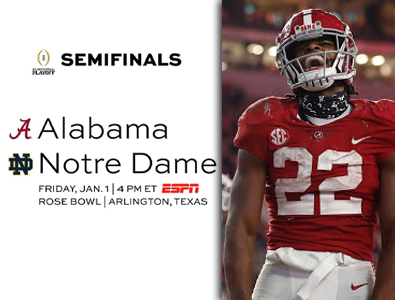 The Crimson Tide clearly possess an advantage against the Fighting Irish as their roster is constructed of much more skilled, talented, and dangerous athletes. In fact, Alabama is predicted to have as many as 6 of their football players get selected in the first round of the 2021 NFL draft while Notre Dame is projected to have only 1 first round pick in the upcoming NFL draft. Look for the Irish and the Tide to battle hard up front in the trenches as these two teams have the best offensive lines in college football this year as well as both being loaded with explosive players close to the line of scrimmage in their superior front defensive sevens.

I anticipate that the Notre Dame Fighting Irish will be playing on their heels in the secondary so look for the star quarterback of the Alabama Crimson Tide, Mac Jones, to exploit that weakness especially by utilizing one his biggest and most devastating weapons in wide receiver DeVonta Smith. If Notre Dame stands any chance against the Tide, they will need to rely upon one hell of a performance from their superstar quarterback Ian Book. The Fighting Irish should also plan on showing “Bama” a heavy dose of their potent rushing attack. These should be key factors if Notre Dame will possibly find success against the undefeated and confident Crimson Tide.

According to Intertops Sportsbook as of 12/23/2020 these are the odds to win the NCAA College Football Playoff National Championship Game:

I have a very strong feeling that the Notre Dame Fighting Irish are going to be way overmatched and outcoached resulting in a heavy win for the Alabama Crimson Tide. In the Sugar Bowl I believe the Clemson Tigers led by their dynamic star quarterback, Trevor Lawrence, will squeak by the Ohio State Buckeyes in a close one. This would once again pair up the Alabama Crimson Tide against the Clemson Tigers in the NCAA College Football Playoff National Championship game, and in that match up I would have to take Alabama. Roll Tide!

Top Teams Left Out of the College Football Playoffs

As it is stated in the protocol, "The committee's task will be to select the best teams."

According to the College Football Playoff selection committee, "Wins by each team is certainly important in weighing its ranking, but it is not the only factor."

"I still believe [we're a top-four team]," Fisher proclaimed. "But that's my opinion on it and I'm very biased, and other people have other opinions, and that's what makes the world go 'round." 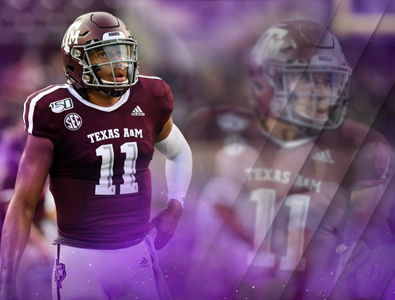 “Texas A&M has no quality wins.”

“All of these SEC teams that are “MEDIOCRE” in the media’s eyes would run the table in some of these other leagues. Only a few teams out of the SEC can really play in the SEC.”

"We knew that that was going to be a problem, and we were addressing it along the way," the College Football Playoff chairman, Gary Barta, explained. "But in the end, there was not dissension in the room about naming Ohio State in that third spot."

"That was the big thing about this season: The people who played 10 and 11 games had to survive the grind," the head coach of the University of Alabama Crimson Tide, Nick Saban, exclaimed. "And the grind of this season was a whole lot different than any other season. That's why I thought those teams should be rewarded.

"But I think Ohio State has a great team, and they probably deserved to be in the playoff as well based on the quality of team that they have."

"We're much better prepared than we were in 2012 in terms of the physicality on both lines," says the head coach of the Notre Dame Fighting Irish, Brian Kelly. "I think we have the ability to move the football, certainly. ... We've been humbled about the way we play, and this team has always come back with a resilience and an edge about them, and they will against Alabama."