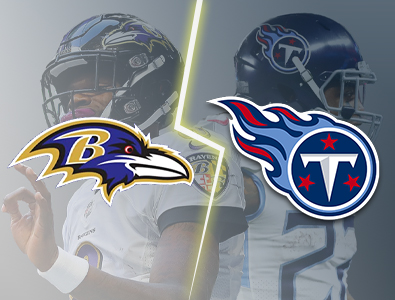 Now that the regular season of the National Football League concluded on Sunday, January 3rd, 2021, the NFL postseason is all set to begin this weekend with games on both Saturday the 9th of January and Sunday the 10th of January, 2021. This year the NFL playoffs have been expanded as 7 teams from the NFC and 7 teams AFC will make a postseason appearance. Both the Kansas City Chiefs and the Green Bay Packers were the number one seeds in their respective conferences which grants them a bye during this weekend’s wild card round of the NFL playoffs.

The Baltimore Ravens went 11 and 5 over the course of the 2020 – 2021 NFL regular season, and they closed out the end of it by winning their last five games consecutively. Baltimore would have most likely have been better this year and had won more ball games if they didn’t lose their superstar quarterback, Lamar Jackson, to the reserve COVID – 19 list for several weeks during the middle of the season. Ever since Jackson has returned to the Ravens, he has caused the organization to resurge as one of the best teams in the highly competitive AFC.

The Baltimore Ravens have scored more points than any other NFL franchise since week 13, and only one other ball club has scored more points in the first quarter of ball games since then. It will be crucial for the Ravens to obtain an early lead against the Tennessee Titans this Sunday so that they don’t have a similar outcome to what happened last year when these two teams faced each other in the playoffs as the Titans destroyed the Ravens 28 to 12.

The Tennessee Titans also finished the 2020 – 2021 NFL regular season with an overall record of 11 and 5, and they finished off strong as well by winning 3 of their last 4 contests. The Titans like to rely on a game plan in which they get out to an early lead with the passing game that features Ryan Tannehill throwing to wide receivers such as A. J. Brown and Corey Davis. Then once they get out ahead the use a steady dose of Derrick Henry to pound the rock in order to maintain possession, keep the lead, and run the clock out on their opponents. Look for them to utilize this style of game play in order to wear down the Baltimore Ravens this Sunday in their NFL wild card playoff battle. 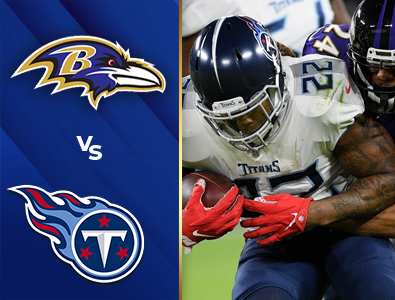 An area of concern for the Tennessee Titans pertains to the inconsistency of their defense. They often have trouble with their pass defense as they do not rush the passer well, and they allow their opposition to throw the ball downfield on them. Hopefully this Achilles heel will not be the downfall of the Tennessee Titans this season as they were able to make it to the AFC championship game last year ultimately losing to the Super Bowl champion Kansas City Chiefs.

I believe the winner of this game will come out to one simple factor. This match up will be dependent upon which team is more physical, and who is able to run the ball more efficiently. Turnovers may be another deciding aspect of this rough and tough AFC match up. This game can go literally either way, and the winner of this wild card playoff game will most likely go to whatever team just wants to win more than their opponent.

These are the current odds according to Bovada sportsbook as of Friday, January 8th, 2021.